The deceased's sister who disclosed this on Twitter said she was shot dead on Monday, February 22. 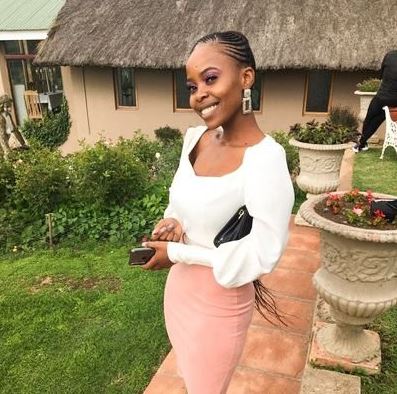 South African Woman Shot Dead By Her Boyfriend Of One Week

The deceased's sister, Ntombizanele Mngadi, who disclosed this on Twitter said she was shot dead on Monday, February 22.

"My sister just got shot today and she didn't make it. She left behind 2 boys, 3 and 4 years old. Worst part of it she got shot by a boyfriend she met last week. I 'm so dumb. I can't breath. God why" she wrote.

"She didn't deserve it at all. Ony 27 years old, just graduated and got her dream job now a man decided to kill her just like that. We spoke last night kanti it was a goodbye. My best friend, confidant gone just like that. Boys are left with no mother." 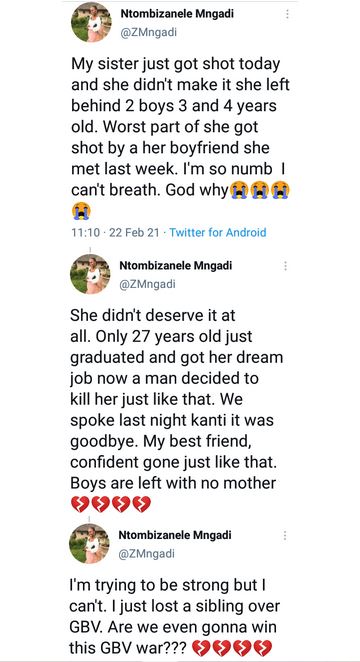