A Nigerian lady has shown love to Regina Daniels by drawing a tattoo of the celebrity on her body. 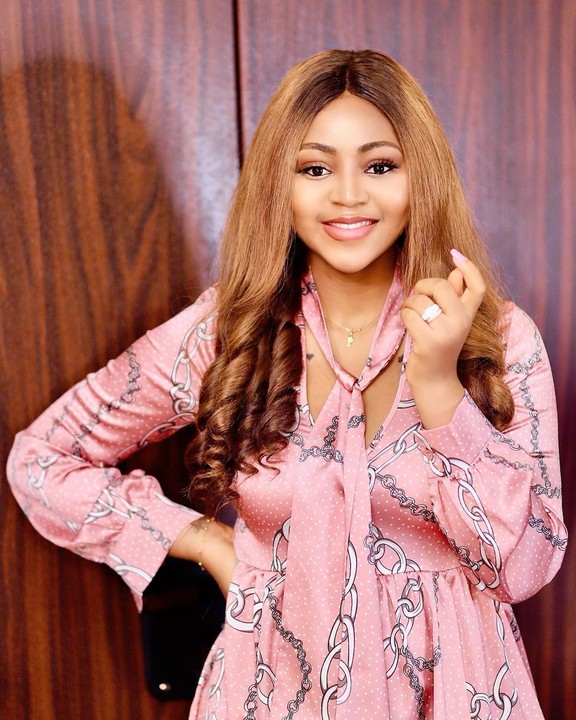 Regina Daniels
Nigerians have attacked a lady for drawing Nollywood actress, Regina Daniels on her body.
Many complained saying that the tattoo doesn't look like the actress.
The die-hard fan who shared photos of the new tattoo on social media revealed the love she has for the mother of one made her break her principles.
She noted that she didn’t draw the tattoo to gain favour from the actress, but to express her love for her.
In her words,
“I love you @regina.daniels, this is my way of saying I love you, your love has broke up my principles you’re the first image I have place on my skin, I never had extra money to put your red dress so forgive me, I didn’t do this to gain favour but just to tell you that there’s someone that heart you a lot”
However, the post has stirred hilarious comments online, as many say the tattoo looks nothing like the actress.
See reactions below:
@funmi_blessed wrote, “Lolz, this tattoo no resemble regina , but you”
@bettybibii wrote, “Omo tattoo be like ojuju”
@jennyana_ wrote, “Which kind stupidity be this one na”
@_i_am_jane_gold wrote, “This doesn’t resemble Regina Daniel’s”
@f.a.v.e.n wrote, “If you want to do something,do it well na…How does this look like Regina Daniel now??”
@_kossysor wrote, “Omo this doesn’t even look like Regina daniels”
See other comments below,