According to the Twitter user, her father suddenly became hungry and wanted to drink pap and immediately, her mother stood up to prepare it.

A Nigerian lady took Twitter to state that marriage is a bad idea after seeing her mother prepare food for her father.

According to the lady on Twitter @Riamolefe, her father suddenly became hungry and wanted to drink pap. Immediately, her mother stood up to prepared the pap.

She tweeted; “my mom just put a pot on the stove to cook pap because her husband is suddenly hungry and he wants pap, marriage looks like a bad idea everyday”

See some of the mixed reactions from the tweet; 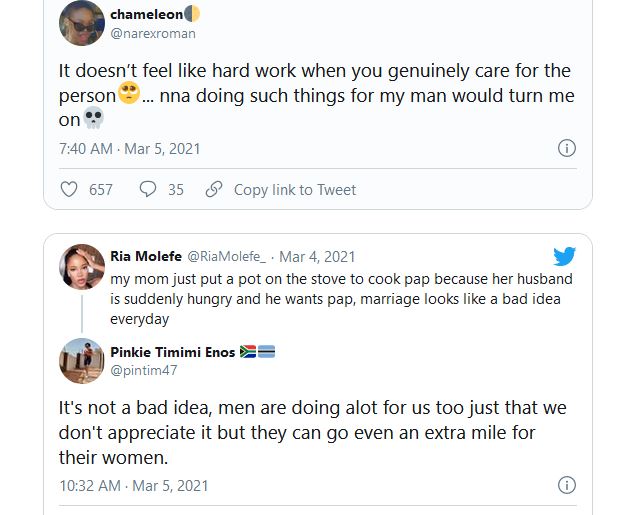 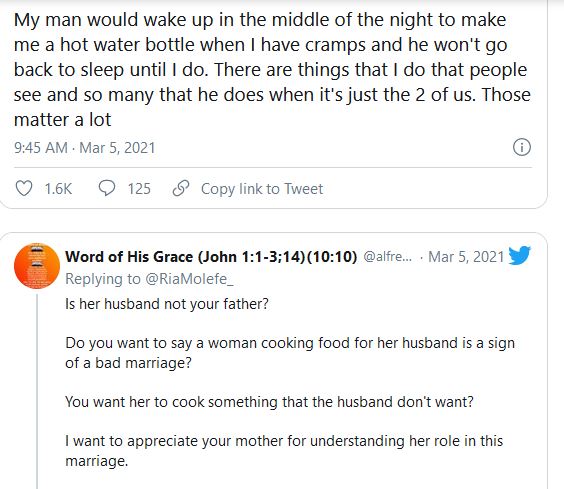