According to him, Dr Amaechina, then a House Officer, revived him and broke protocol to get blood for his transfusion. 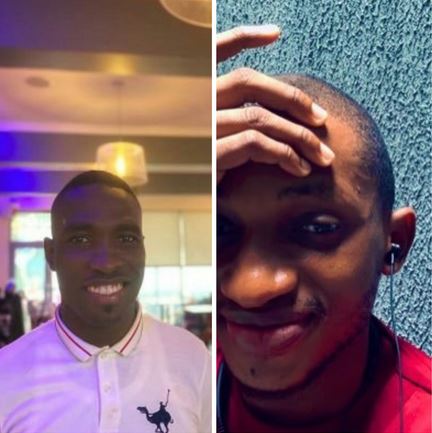 Tochukwu Ezeukwu, a former bank director has reconnected with a House Officer, who went out of his way to revive and save his life at the Lagos University Teaching Hospital (LUTH) in 2017.

According to him, Dr Amaechina, then a House Officer, revived him and broke protocol to get blood for his tranfusion.

"A House Officer saved my life in LUTH on the 10th of November 2017. He stood by me while everyone else afraid of blood stood aloof. Revived me when I passed out, broke protocol to get me blood and transfused me. His name is Dr. Amaechina. Where ever you are, thank you, again."

The tweet found its way to Dr. Amaechina (@birds_errand) who promptly replied. He also mentioned a nurse who contributed in saving Ezeukwu's life.

"Heyya, I 'm glad to have been there for you. There was an amazing nurse in the picture, I think his first name is Christian/Christopher. great guy." he wrote.

Ezeukwu responded thanking him for his diligence and selflessness.

"Hello Doc. Thank you for your diligence and selflessness that night . Thank you. God bless nurse Christopher wherever he is, I remember him." 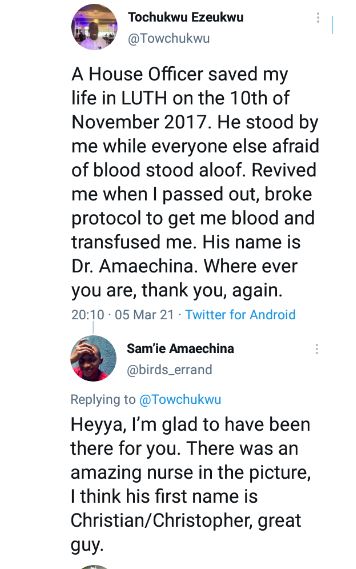 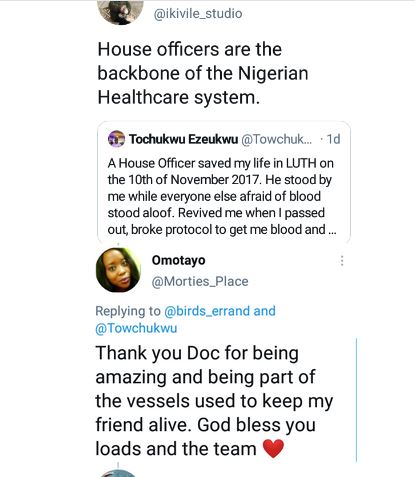 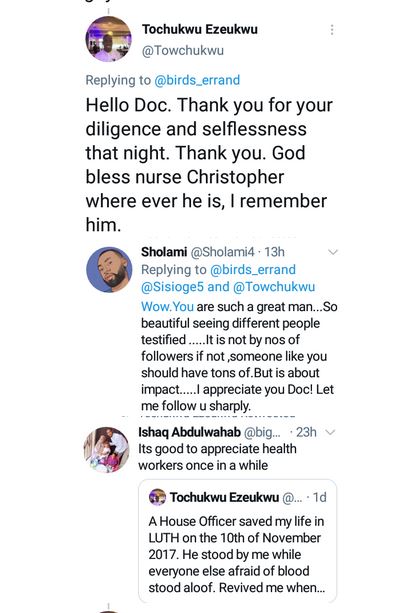 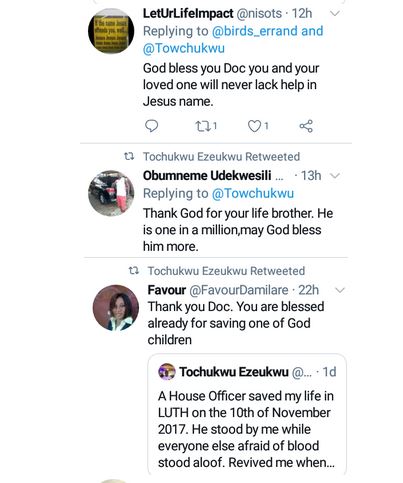