Members of the Nigeria Labour Congress are currently protesting at the National Assembly. 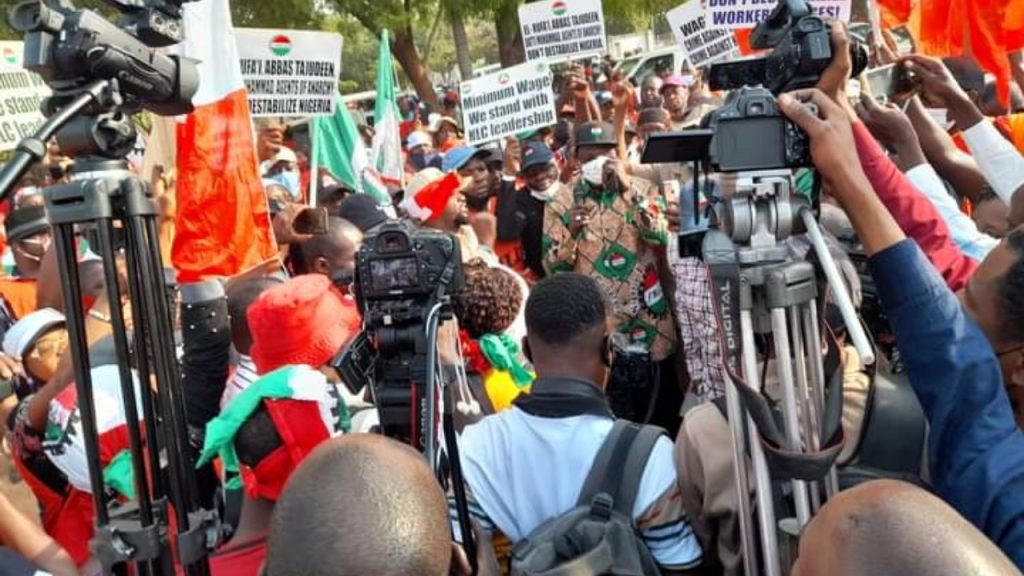 NLC members protesting at the National Assembly
The nationwide protest announced by the Nigeria Labour Congress and its allies has kicked off in Abuja on Wednesday.
Members of the NLC and its allies are currently at the National Assembly Complex, protesting moves by lawmakers to remove minimum wage from Exclusive Legislative List to Concurrent Legislative List.
The union had on Tuesday, mobilised its members across the country to embark on the protest today (Wednesday).
Those residing in the Federal Capital Territory, Abuja, were asked to converge at the National Assembly complex, while members in the 36 states were also urged to block state assemblies.
In a circular by NLC in Abuja on Tuesday, labour leaders disclosed that the protest would start from the Unity Fountain Abuja at 7:30am, to the National Assembly complex.
The bill to remove the minimum wage from Exclusive List to Concurrent List was sponsored by Garba Datti Mohammed of Sabon Gari Federal Constituency, Kaduna State, and has passed the first and second reading in the House of Representatives. 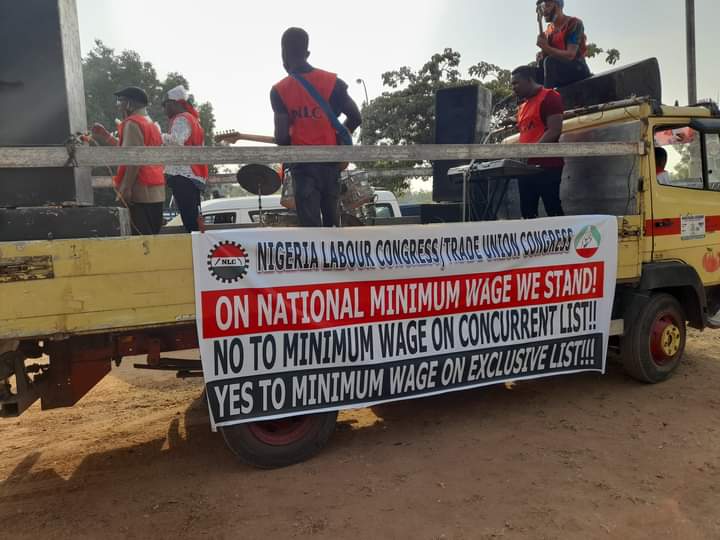 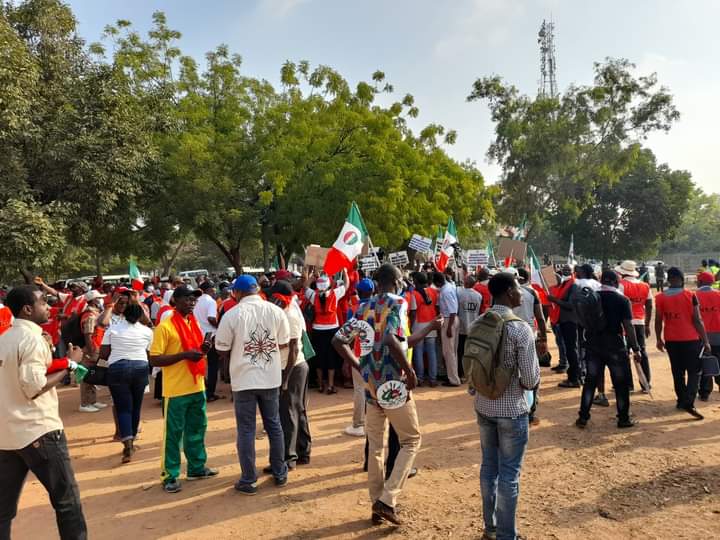