A young Nigerian girl has become the youngest from the country to feature in 'Coming to America 2'. 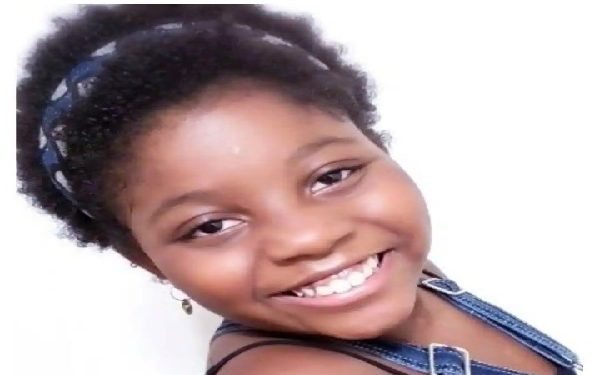 Ayorinde Kemit
An eleven-year-old girl, Ayorinde Kemit has become the youngest Nigerian to feature in the popular movie, 'Coming to America 2'.
Recall that the movie Coming to America 2, the sequel to 'Coming to America' also featured David Adeleke, popularly known as Davido and other Nigerians.
But very few observed a US-based Nigerian child actor, Ayorinde Kemit, who the movie also starred.
Five Nigerians, including Davido, Ayorinde, Rotimi Akinosho, Lola Adamson and Olaolu Winfunke, starred in the movie premiered in the United States of America on March 4.
For one of the featured songs, Nigeria’s Damini Ogulu, also known as Burna Boy, teamed up with John Legend to feature Nile Rodgers in a song bearing the same title with the movie.
Koroba by Tiwa Savage; Waka Waka by Augustine Kelechi alias Tekno and Assurance by Davido also made the list.
Excited Ayorinde, after discovering that she made the final cut of ‘Coming 2 America’ also premiered in Nigeria on March 5, took to photo-sharing app, Instagram, to post visuals of her scene and name among the list of cast.
Through her Instagram handle, @djrindyroc, she posted on March 5: “Finally the movie is out!! I can’t watch it but I saw my part. Soooo happy I wasn’t cut out of the movie.”
“We had sooo much fun filming on set at the Tyler Perry Studios. Only the beginning…,” Ayorinde subsequently posted on Instagram on March 6.
She went further to add ‘Coming 2 America’ to her bio on Instagram. 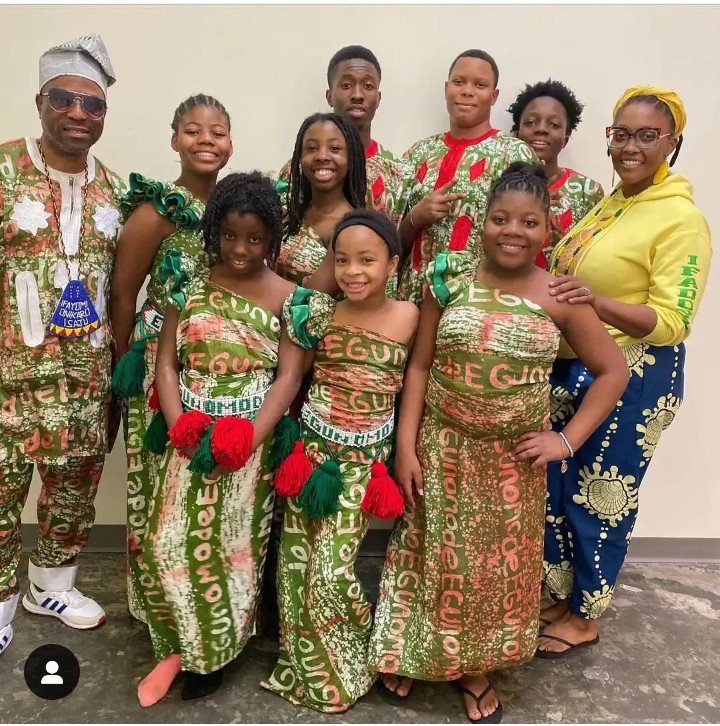 11-year-old Ayorinde, who was born on October 19, 2009, is the youngest of the Kemit family of six.
She had on January 23 hinted of her role in the movie when she posted a picture of a trailer’s door displaying her name at Tyler Perry Studios with the caption:
“In 2018 I was in a major Paramount Pictures movie. It is going to be released this year. I can’t say what it is but this was the door to my trailer at Tyler Perry Studios. It was a lot of fun. I had a great time.”
Alongside her sister, Akanke, she had appeared in the music video of We Got Love by Teyana Taylor featuring Ms. Lauryn Hill, following a recommendation by her Afrobeat dance teacher, Cece Tor.
It was released about a year ago on March 12, 2020.
Ayorinde was starred as a freestyle dancer in ‘Coming 2 America’ while Teyana Taylor as Bopoto, the daughter of General Izzi acted by Wesley Snipes, who holds an honourary Nigerian citizenship and a chieftaincy title as Ikemba of Mbaukwu in Anambra State after visiting Nigeria twice.
The multi-talented youngster belongs to the Screen Actors Guild (SAG) and is a dancer with the Anthony Burrell Center for Dance (ABCD).
The left-handed entertainer, who is also a disc jockey with the moniker DJ Rindy Roc, performed for the first time at her friend’s birthday party on January 24, 2020.
She has been costumed by Ruth Carter, the 2019 Oscar Winner for Best Costume Design in Black Panther.
She is a member of the Égún Ọmọde (children of the ancestors) Performing Arts Collective, a group based in Trenton, New Jersey, concerned with bringing the authenticity and excitement of West African culture and tradition to the stage.
Ayorinde is the writer of the Kemit Show directed and produced by her parents, Baye and Makeda.
The show, featuring Ayorinde and other members of her family, had its first episode on YouTube on April 13, 2020.
To confirm that the show is Ayorinde’s brainchild, her parents had about a year ago shared online: “Our 10 year old daughter, Ayorinde aka Rindy, loves the Cosby show, as most of us do or did.
“At the age of 8, she started writing a series of scripts loosely related to the Cosby show. With editing help from her Iya, her mother Makeda, we finished our first episode.”
Top Stories