Three persons who have been pretending to be officers of the Nigeria customs Service have been arraigned in Edo state. 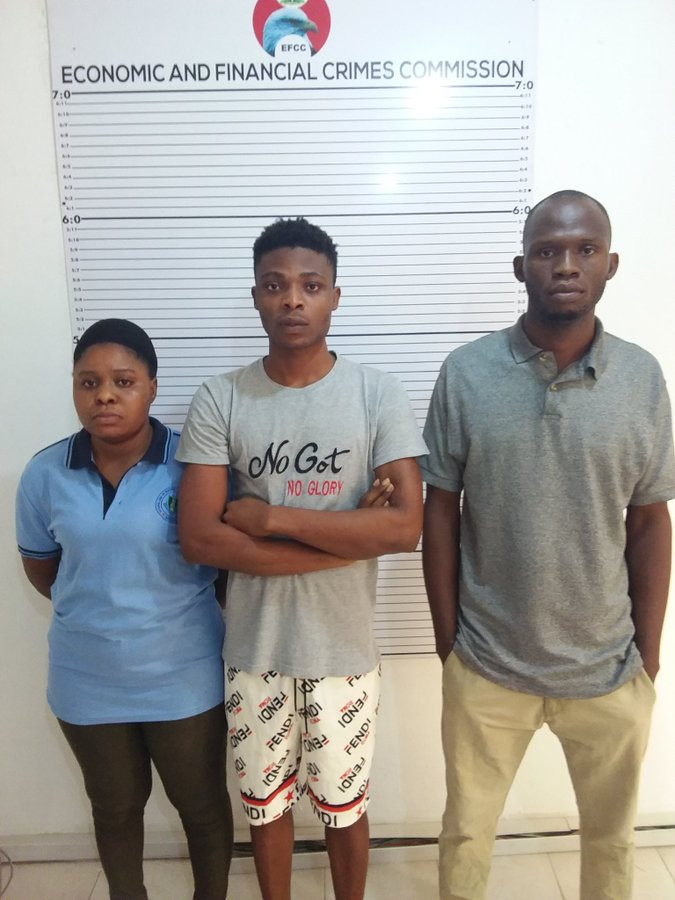 Fake Custom officers arrested and arraigned in Edo
The Economic and Financial Crimes Commission has arrested and arraigned three fake Nigeria customs Service officers.
The three were arraigned for fraud on Wednesday, March 24, before Justice Efe Ikponwonba of the Edo State High Court for fraud.
The trio, Afekhai Aliu, Felix Victor, and James Blessing Anne were slapped with a six-count charge bordering on obtaining by false pretence.
According to The Benin Zonal Office of the Economic and Financial Crimes Commission, EFCC, they are alleged to have defrauded one Ikhaigbode Jimoh Oya by claiming to be Custom Officers in charge of auctioning confiscated vehicle at Idiroko, Ogun State.
One of the counts reads. "James Blessings Anne, Felix Victor and Afekhai Aliu Obaadugbo on or about the 10th of December, 2018 at Benin with the jurisdiction of this Honourable Court with intent to defraud obtained the sum of N216,000 (Two Hundred and Sixteen Thousand Naira) as part payment for two vehicles from Ikhaigbode Jimoh Oya who you represented yourselves to as Custom Officers in charge of the auction of confiscated vehicles at Idiroko capable of selling a Lexus 350 and Mercedes ML 350 SUV to him, which representation you knew to be false and thereby committed an offence"
The defendants pleaded not guilty to the charge when it was read to them.
In view of their pleas, the prosecution counsel, Moses Arumemi prayed the court to fix a date for trial and to remand the defendants in custody. However, the defence counsel, S. O. Osazuwa prayed the court to grant his clients bail as the alleged offence was bailab?e.
Justice Ikponwonba granted bail to the defendants in the sum of N500,000 each and a surety in like sum. The surety should be resident within the jurisdiction of the court.
The case was adjourned till May 20, 2021, for hearing.
Top Stories

We Are Not Against Restructuring – IPOB