Adeyemi was moved to help the warden when he spotted him controlling traffic in Lagos effectively despite having one leg. 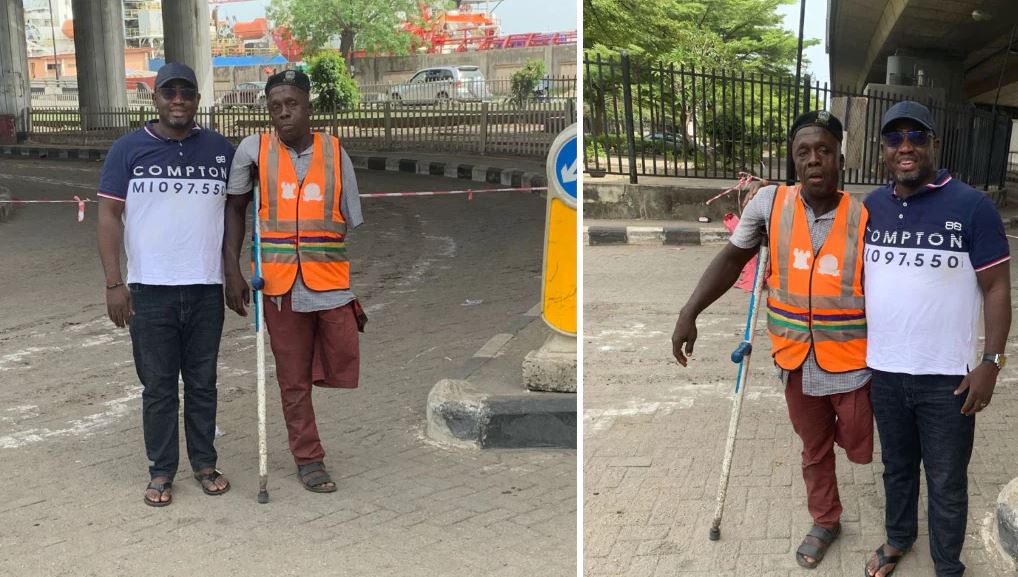 A Nigerian man identified as Adeyemi Ajayi took to social media to seek the support of the government and kind-hearted Nigerians to get a  prosthetic leg for a Lagos traffic warden.

The traffic warden, known as Salisu Adamu is a staff of the Lagos State Traffic Management Authority (LASTMA).

Adeyemi was moved to help the man when he spotted him controlling traffic in Lagos effectively despite having one leg.

Ajayi, who is an advocate for persons with disability, also appreciated the Lagos State government for creating room for the physically challenged to be employed while rallying support to get a prosthetic leg for the traffic warden.

“I need your help!

“I’m an advocate for People With Disability. I was stucked in traffic approaching Victoria Island today. I noticed Salisu Adamu, the man in this picture.

He’s a staff of LASTMA. He was the one directing the traffic and he was effective.

“I decided to park my vehicle to watch him and I saw his passion. I wondered how he works on a limb. I thank Lagos State Govt for hiring him.

“I’m appealing to Lagos State Government Babajide Sanwo-Olu and everyone to help him with an artificial leg. He’s a dedicated man from Kaduna State and working hard.”