Domestic Violence: Woman's Teeth Allegedly Knocked Out By Her Husband


A humanitarian shared a photo of the woman's disfigured face while lamenting that most times she tries to help the victims, they end up running. 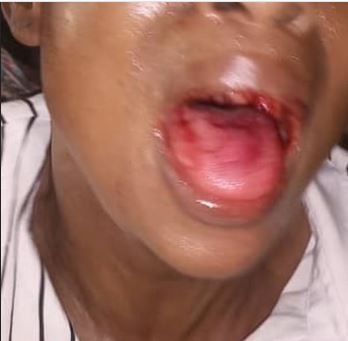 Woman's Teeth Allegedly Knocked Out By Her Husband

A photo has surfaced online showing a woman who was allegedly brutalized by her husband, with her tooth knocked off and her gums bleeding.

Humanitarian, Yolanda George-David shared a photo of the woman's disfigured face but lamented that most times she tries to help domestic abuse victims by referring them to DSVRT (Domestic and Sexual Violence Response Team), they end up running, thereby preventing justice.

She added that it's important for abuse victims to follow through on the case so that the abuser will be prevented from harming someone else. 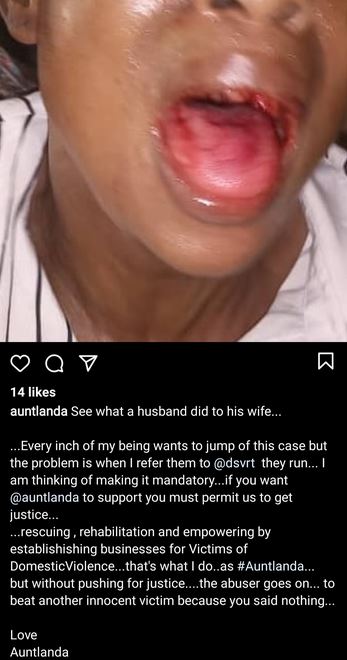