Despite the presence of huge water bodies in the state, the situation faced by most residents across the 23 local government areas becomes tougher every dry season so that many of them are left to wonder if at all the state government would find a lasting solution to the challenge. 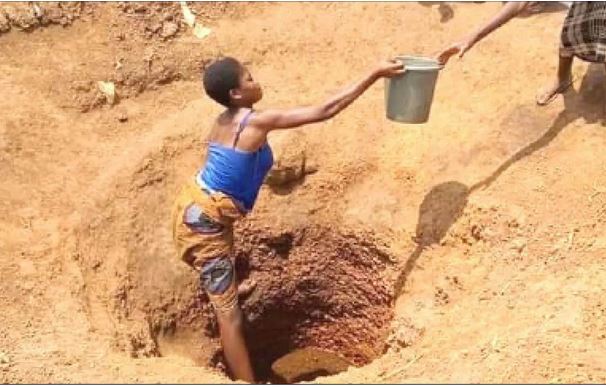 Daily Trust explores the lack of water in Benue communities.

In Benue State, available potable water remains a mirage as its scarcity continues to persist in many parts of the state especially during the dry season. Residents are usually worried about their health during the peak period of scarcity between November and April following their inaccessibility to clean water for consumption.

Despite the presence of huge water bodies in the state, the situation faced by most residents across the 23 local government areas becomes tougher every dry season so that many of them are left to wonder if at all the state government would find a lasting solution to the challenge.

But the state government on its part has consistently maintained that it has been working hard to resolve issues surrounding availability of water for all but how soon this would be over remains yet unknown for the majority of the people who can’t connect to public water lines.

The state Ministry of Water Resources in the past had blamed inconsistent power supply, pipeline vandalism and other kinds of unpatriotic sabotage as the major challenges causing the grossly inadequate supply of the water.

Mrs Lucy Michael, a resident of David Mark Bypass in Makurdi, lamented that since the beginning of this year, the water board hadn’t been consistent in supplying water around her vicinity and that the hand-dug wells as well as boreholes which her family rely on for their water need had dried up.

“The situation worsened since February and as I speak to you, getting water vendors to supply water has also become as difficult as sourcing for gold. There is no water anywhere. Wells and boreholes have dried up. We are really suffering.

“Most mornings, I trek to long distances in search of water. Oftentimes, the water vendors too are helpless as to where to find water and when they do, we are meant to cough out between N500 and N700 for a wheelbarrow containing 10 jerry cans of 20 litres each,” she said.

Another resident in Wadata, Juliet Tyobee, corroborated Mrs Michael’s view as she stressed that potable water has now become an impossible task staring the faces of residents on a daily basis despite the presence of large water bodies in the state.

Tyobee said, “The situation is really worrisome. I buy 10 jerry cans of water every day at N600 and that’s not even enough to cater for the water needs of my family of six persons.”

Our correspondent gathered from Gboko, Ogbadigbo and Gwer West LGAs that the water challenge was more excruciating in their areas such that in some of their surroundings, the inhabitants have resorted to digging the dry river grounds just to scoop muddied water.

It was learnt that the residents in those areas wake up as early as between 3am and 4am in search of water to far distances only for them most times to return home with dirty water for drinking and cooking.

A resident of Naka in Gwer West area who didn’t want to be named said the dam in the area was not functioning and accused owners of water tankers of the difficulties being faced by the people.

The resident alleged that the private water tankers continued to sell water to the people at high cost while making more money and frustrating the government’s effort to revive the abandoned dam.

Another respondent from Orokam in Ogbadigbo, James Onogwu, said the inability of people in his area to obtain water during the dry season worsens every year with the rising cost of the general commodity which affects finances of those with purchasing power while others who can’t afford it are left to languish.

He said that most of them in the rural town in Ogbadigbo rely on water tankers from the neigbouring Enugu State to meet their water needs while those in the interior villages walk to very far distances to get water or scoop dirty water from dried wells for use.

“We now get water through tankers from Enugu. It’s a serious problem in the entire Ogbadigbo but worst in Orokam. During the rainy season, we have water reserves which we store in tanks and it finishes by December.

“Our people buy water tankers from Enugu at the rate of between N10,000 and N20,000. They then put it in wells and resale in smaller quantities with a 20-litre jerry can sold at N60 or N70. That’s why we usually have a Cholera challenge in this area as it’s currently happening.

“Moreover, where there’s a stream that doesn’t dry up, it is very far. The inhabitants of such remote villages would leave their abodes by 4:00am and return around 10:00am just in search of water. They spend quite six hours trekking daily to get water.

“Sadly, it has become a recurrent challenge in every season. Those who can’t buy water always beg neighbours to sustain them. And you can only just imagine the fate of elders living alone in such villages. In fact, some people during this period of water scarcity hardly bathe because they keep the little water they have for drinking. Others bathe once or twice in a week,” Onogwu said.

However, the General Manager of the Benue State Water Board, Shenge Gideon, told our correspondent that his office had lived up to expectation in supplying water to the people around the state capital, Makurdi, and its environs since his assumption as the helmsman.

He noted that the state government was working assiduously for constant water to be achieved for every household in the state but at the moment, the board under his watch has continued to supply portable water for the generality of the public.

Gideon noted that the board, only a month ago, encountered some difficulties arising from a faulty transformer which made it reduce the hours of pumping water from seven to three daily while admitting that there were not yet extended water lines to those areas in Makurdi and environs which face severe hardship.

“The major challenge is the number of pumping hours. We had a breakdown transformer. But the state government has ordered for a new one. I’m assuring the people of Makurdi that the issue will be rectified.

“There are areas not connected to our pumping system. In the next two days, we will start supplying water to places such as North bank. Later, we will think of another area and extend the water supply there. It’s just that resources are not enough but we will maximise what we get.

“The only way to give new layouts water is to extend our pipes. It’s a capital project handled by the ministry. Surely this week, there will be an improvement of the water supply. We will use the new plant in the day time and the old one at night. We have repaired all leakages. We repair any noticeable leakages within 24hours. Every place will get water now,” he said.

The general manager further disclosed that the problem facing the water supply in Makurdi was basically reticulation or lack of pipe network to transport the water to the people but with the rehabilitation of the old network and the new plant, the hardship would soon become a thing of the past, adding that Gboko and Otukpo water plant are now functioning.