Oh No! Woman Murdered While Meeting Man She Wanted to Buy a Fridge From on Facebook (Photo)


A woman has lost her life after being attacked by the man he wanted to buy a fridge from on Facebook. 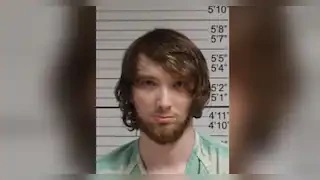 Gorgone
A 26-year-old man has been accused of murdering a woman he met on Facebook after she indicated interest to buy his fridge.
Police have now revealed how the woman was violently murdered while meeting the man she wanted to buy a fridge from in a Facebook Marketplace deal.
According to Crime-Online, Geistown police in Pennsylvania say 26-year-old Joshua Gorgone is charged with murder in the Facebook Marketplace fridge stabbing of Denise Williams, 54.
Denise Williams was reported missing Monday April 5, after leaving her family home to check out a fridge she saw online.
Williams was found dead in Gorgone's apartment and when confronted by investigators he reportedly confessed to the Facebook Marketplace fridge murder.
Police alleged he confessed to stabbing the woman with a kitchen knife after arguing with her over the price of the refrigerator which she had hoped to buy as a gift for her boyfriend.
“She did put up one heck of a fight,” Cambria County Coroner Jeff Lees said.
“This was a violent death that she sustained.”
According to Fox 8, Gorgone was arrested Tuesday after police tracked down Williams whereabouts via cell phone tracking and information provided by her family.
Investigators say they were able to track the Williams’ phone to her car which was parked outside the apartment complex.
“We’re all going to do our jobs and start figuring this thing out and do everything that we can,” says District Attorney Greg Neugebauer.
“I’ve spoken with the family members of the deceased and obviously they’re very distraught and very upset as is understandable.”
Geistown Borough Police Chief Nicholas Zakucia called the stabbing “a tough scene” for responding officers.
“When you lose someone like this or have incidents of this nature, it’s a shock to us all,” he said.
Officials have now warned the public to exercise caution when purchasing items from strangers on the internet.
“This was unfortunate; it was a tough scene. It was a tough call for myself and my officers.
“Use caution when you’re dealing with anybody or anything involving purchasing something through then internet, meeting up with someone,” District Attorney Greg Neugebauer said.
“Don’t go alone. Don’t invite someone to your house alone to look at something. Always have someone with you or if possible, meet in a public or well-lit place.”
Gorgone is being held at the Cambria County Prison without bail and has a preliminary hearing scheduled for April 14.
Top Stories