A woman who lost her pregnancy after being brutalized by the police in Rivers state has cried out for justice. 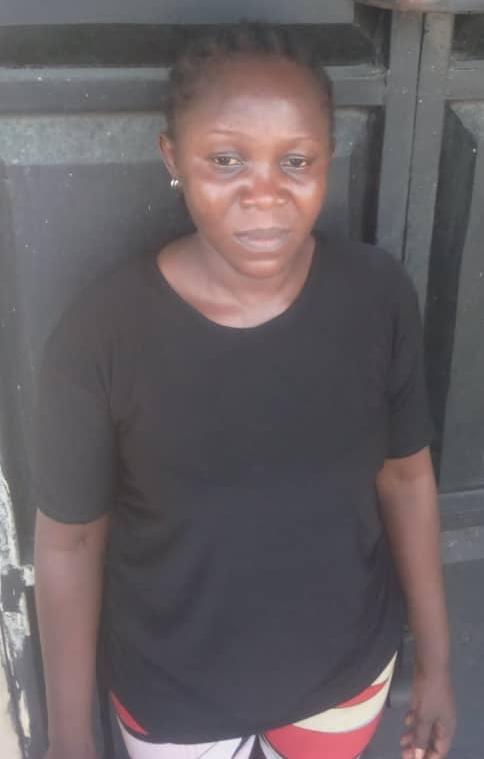 Mrs Joy Ihunwo
A Nigerian woman, 30 has been left inconsolable after losing her pregnancy following alleged brutalization by operatives of the Anti-Kidnapping Unit of the Rivers State Police Command.
Mrs Joy Ihunwo said she lost her pregnancy after the incident and is calling for justice to be served.
The woman was arrested alongside her husband, who is the head of a vigilante group in the Diobu area of Port Harcourt following a petition against him over alleged illegal activities by his group.
Joy, while speaking to our correspondent in Port Harcourt on Sunday, said she had gone for a pelvic scan at the Rivers State University Teaching Hospital and the results showed that she had lost the pregnancy.
The scan result dated April 10, 2021 was sighted by our correspondent and Joy called on the human rights community and Nigerians to assist her to get justice.
Narrating her ordeal, Joy stated that she was at home on Tuesday, April 6, 2021, when policemen from the Anti-Kidnapping Unit came looking for her husband, who is the Chief Security Officer of the Rumu-Elechi community in Mile Three, Diobu, Port Harcourt.
She said despite arresting her husband, Mr Godstime Ihunwo, and about seven of his vigilante members, some of the cops broke into their apartment, allegedly beat her with the butt of their guns and took her away to their office alongside her husband and his and the vigilante members.
She added, “Now, the pregnancy I was carrying when they broke into our home and assaulted me has disappeared. I was crying and begging them to leave me that I was pregnant. They called me a thief and said I would give birth to a premature child.
“I was crying and asking them why they were treating a pregnant woman that way. One of them pushed me; another slapped me and pushed me out of the door, forced me inside their car and said I was an armed robber, and they took me to their office. While we were at their office, I told them that the pregnancy was disturbing me; they said I was crying for nothing and that I would give birth prematurely there.
“Later that evening, they took me in their vehicles back to the house. When we got there, the door was locked. They broke the padlock, opened the gate and entered our house. They ransacked the house, stole my phones and N150,000. They also stole the money that husband wanted to use to pay his boys.
“They even took phone chargers, MP3 music players and wrappers. I am calling on female lawyers and human rights activists to come and help me. Look at the scan result. Imagine a pregnant woman losing her baby because of Nigeria police.”
Meanwhile, a lawyer with the Centre for Basic Rights Protection and Accountability Campaign, Jane James, has called on the police authority to carry out a thorough investigation into the complaints of the victim.
James stated, “It was because of the alleged brutality on her that she lost the pregnancy. Her husband was the one they were looking for and in the process, they arrested her. It is not as if they didn’t see her husband.
“They arrested her along with her husband even when her name was not on the petition. Now, she has lost her baby as the scan result showed. It was a battery as a matter of fact.
“So, we are calling on the police authority that there should be thorough investigation of all the police officers connected with the incident. We want justice not just served, but to be seen to have been served.”
When contacted, the spokesman for the state police command, Nnamdi Omoni, said, “Let her (Joy) make a formal report and the Commissioner of Police will look into it accordingly.”
Top Stories