Another tanker explosion in Benue state has taken place just hours after another one had claimed 13 lives. 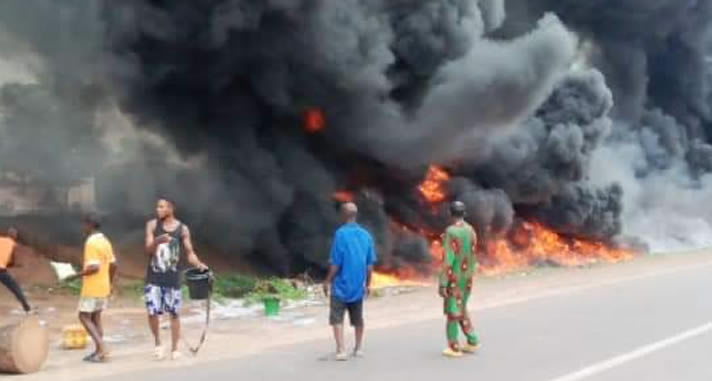 Tanker explosion in Benue state
Just 48 hours after a fuel tanker exploded in Oshigbudu, Agatu Local Government of Benue State, another explosion has taken place in the same town.
According to Sahara Reporters, the fresh explosion occurred around 3 am on Tuesday.
A member of the community, Otache Gabriel lamented the situation on his Facebook wall, saying, “Another fire outbreak in my community again. After first tanker explosion on Sunday, another one today around 3 am this morning; houses are burning.
“God have mercy on us. Benue state is turning to another thing. God, two tanker explosions in one community."
Secretary of Agatu Local Government, Oteyi Sunday, who confirmed the incident to Daily Post, said the conductor of the heavy duty vehicle had been arrested but that the driver was still at large.
Top Stories