According to the media personality, women should have their own lives before getting married. 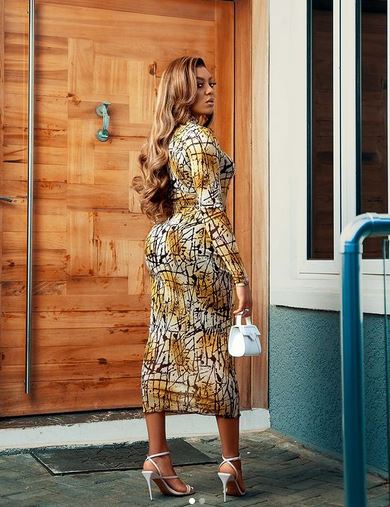 Popular On-air personality and television presenter, Stephanie Coker has a word of advice for women who intends to get married.

In an Instagram post, Stephanie Coker shared photo of herself wearing a grown as she shows off her ass for the gram.

The mother of one on her caption wrote;

“Make sure you have your own life before becoming someone’s wife,” she wrote. 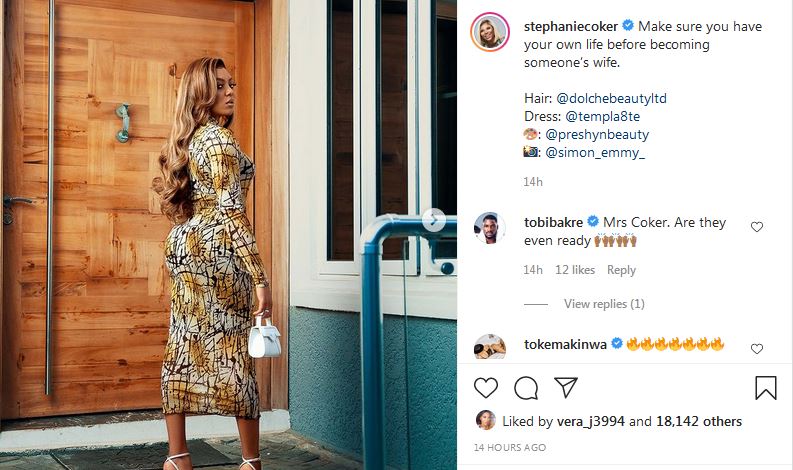