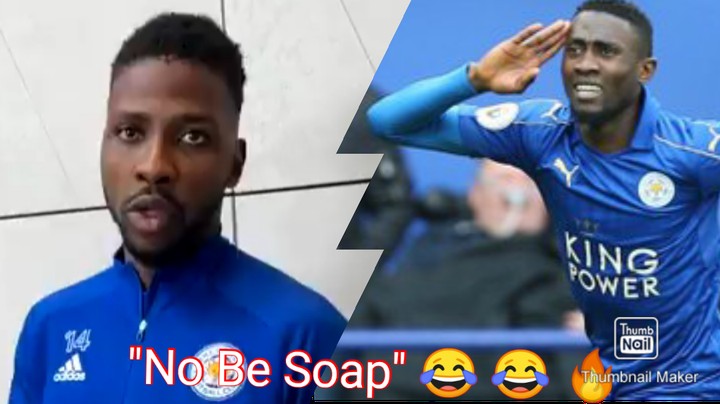 Kelechi and Ndidi
Nigerian star and Leicester City forward, Kelechi Iheanacho has opened up on the secret to his new found goalscoring form.
He told his teammate Wilfred Ndidi that 'soap' is not the secret to his success.
'Soap' in the Nigerian parlance could mean 'juju'.
According to Kelechi, he doesn't use 'soap'. And in a rather sarcastic manner, he told Ndidi that he's now using 'shower gel'.
Ndidi said: "Why you no wan cut soap for me."
Iheanacho responded saying: “I don change, na shower gel I dey use now."
Iheanacho has been in superb scoring form for Leicester City and also scored the winner in their FA Cup semifinal match against Southampton.
Watch video:
Top Stories