Isiya is currently holding 29 students of the Federal College of Forestry Mechanization, Afaka, who were abducted on March 11, in an unknown location, believed to be in the same Kaduna State. 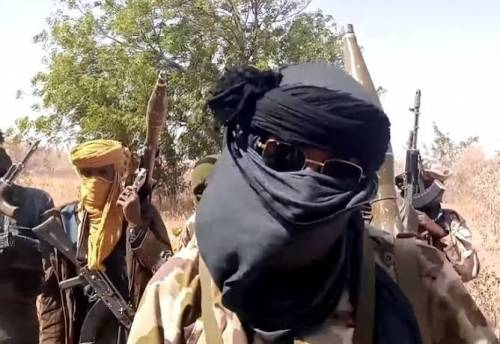 Buderi Isiya, a wanted and notorious bandits’ leader, has been revealed as the leader of the gang holding 29 students abducted from the Federal College of Forestry Mechanisation, Afaka, Kaduna State, among many other victims in the state.

Isiya, according to intelligence sources, is in his late 20s, but has a large contingent of fighters and great herds of cattle across Kaduna State.

It was learnt that despite coordinating several kidnapping operations, Isiya has managed to remain evasive because of the sophisticated and deadly weapons his gang possesses, making him hard to reach.

According to Daily Nigerian, Buderi Isiya also has close operational ties with Zamfara bandits’ leader, Dogo Gide, who controls the southern part of the Zamfara forest. Dogo Gide was the one who shot the famous bandits’ leader, Buharin Daji, in March 2018.

Isiya is currently holding 29 students of the Federal College of Forestry Mechanization, Afaka, who were abducted on March 11, in an unknown location, believed to be in the same Kaduna State.

About 39 students had been abducted from their college dormitories on March 11, 2020, but 10 of the students – seven male and three females – were released two weeks ago after payment of ransoms by their parents.

The kidnappers had demanded N500 million in ransom from the Kaduna State government but Governor Nasir El-Rufai vowed that his administration would not negotiate with bandits.

When the government stood its ground, the bandits began reaching out to parents of the remaining students to demand ransom following which 10 persons were freed.

“If you look at the video he released, you will hear him ordering the victims to speak so that ransom would be paid on time,” a source stated.

Operating along Igabi-Giwa axis and forests in Chikun, Buderi is one of the most ruthless bandits in the state.

“Buderi killed many security agents and civilians. Last year, his gang killed four policemen. He buys arms and ammunition to maintain his primacy. He is very ruthless and deadly.

“He has thousands of cattle scattered in different locations of the state. He also controls a number of camps,” the source added.

Last Saturday, parents of the remaining 29 students abducted from the Federal College of Forestry Mechanisation, had revealed that the bandits were threatening to kill the male students and get married to their female colleagues.

At a press conference in the school premises last Friday, the parents had urged Nigerians to help raise funds for them to rescue their children.

They said they were not afraid of arrest and prosecution by the Kaduna State Government as long as their children will be freed.

The Secretary of the parent’s union, Friday Sanni who spoke on behalf of others said as parents, they had no choice but to pay the ransom for the release of their children.

“We are calling on Nigerians, non-governmental organisations, charity organisations and donors to come to our aid in donating to rescuer our children. We don’t know what is happening to them, the bandits have threatened to kill our children if we play with them.

“The other time they said they will marry the female and kill the men and that a time will come when even if we bring the money, the money will not be useful,” he had lamented.