Some Fulani herdsmen were forced to flee for their lives after unknown gunmen shot dead their cows. 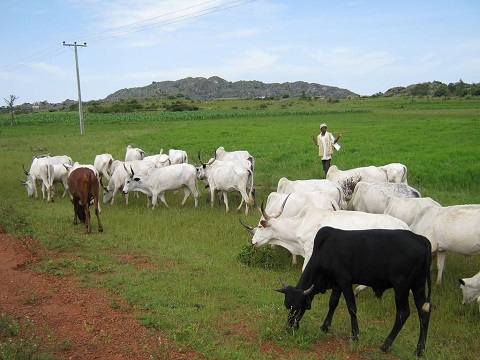 File photo
12 cows belonging to Fulani herdsmen have been killed by unknown gunmen after the herdsmen violated the ban on open grazing in Essien Udim Local Government Akwa Ibom state.
The Gunmen on motorbikes defiled the curfew put in place by the state government to carry out the attack, early Sunday Morning, which resulted in the death of atleast 12 cows, while the Fulani herders took to their heels.
The chairman of Essien Udim Local Government, Mr Anthony Luke, while reacting to the development, described the incident as unfortunate, "giving the fact the Local Government has in the recent times become an epicentre of cults war with security agencies including the Police, Customs and Army as well as government institutions as objects of attack."
A military operation against the hoodlums including land and aerial bombardments were launched against the hoodlums last month in their base in Ikot Akpan in Essien Udim council, and Luke believes the remnants who fled the operation have regrouped to continue the mayhem.
The Gunmen also reportedly attacked the Independent National Electoral Commission (INEC) headquarters in the LGA, setting the facility ablaze.
Top Stories