Nigerian Jailed For Attempting To Become Ghana Citizen By Fraud


A Nigerian man trying to become a citizen of Ghana through illegitimate means has been caught. 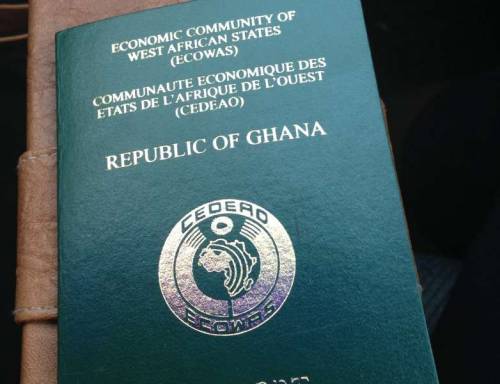 Ghana
A Nigerian man will spend four months in prison for trying to use illegal means to become a citizen of Ghana.
This comes after the Madina District Court sentenced the Nigerian and resident of Lapaz, a suburb of Accra, Derick Armstrong, to four months imprisonment for falsely representing himself as a Ghanaian to register for the Ghana Card contrary to law.
A statement issued by the National Identification Authority (NIA) on April 29 2021, indicated that Armstrong was busted at the Premium Registration Centre established at the headquarters of the National Identification Authority (NIA), with a Ghanaian passport, a Ghanaian birth certificate, and other registration requirements in his possession and claimed to be a Ghanaian.
The NIA registration officials consequently suspected that Armstrong was not a Ghanaian while going through an interview.
"He was then handed over to the Police Criminal Investigation Department (CID) for further investigation.
"Despite the suspect's initial claim that both his father and mother were Ghanaians, investigations later established that the parents were Nigerians," the statement noted.
The suspect was arraigned before the Madina District Court.
He was charged for possession of forged documents, contrary to section 166 of the Criminal Offences Act 1960(Act 29) and defrauding by false pretence, contrary to section 13(1) (32) of the Criminal Offences Act 1960(Act 29).
His other count was deceiving a public officer contrary to section 251 of the Criminal Offences Act 1960 (Act 29), Ghanaweb reports.
At the end of the trial, the accused was found guilty on all counts. After a plea of leniency by a friend of the court (a lawyer), the presiding judge sentenced the accused to a cumulative jail term of four months to run concurrently and be served at the Ankaful Prisons.
The court further ordered the complainant to request a court order to ensure the physical destruction and deletion of the documents in his possession from the individual organisation's databases.
The NIA commended the CID of the Ghana Police Service for the swift and efficient manner it investigated and prosecuted the offence.
"Any foreign national, legally resident in Ghana, and with a valid resident permit can register for the Non-Citizen Card issued at various designated centres across the country including the NIA Headquarters.
"NIA wishes to caution that any foreigner who tries to register for the Ghana Card (Card meant for citizens only) shall be arrested and duly prosecuted," the statement added.
Top Stories