Family members of a teenage girl, Treasure Ofuya have asked the public for help after she went missing. 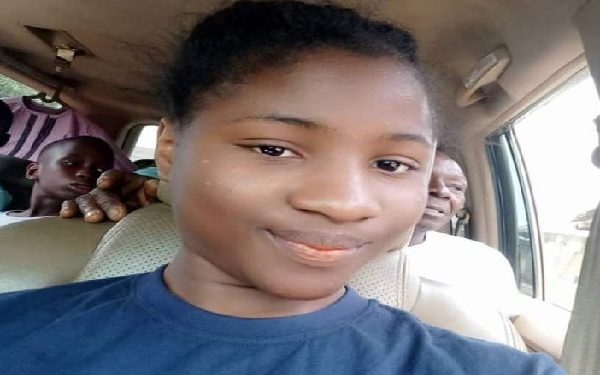 Ofuya
A  little girl, 13 has gone missing in Delta state.
The 13-year-old girl, Treasure Ofuya reportedly went missing in Jakpa Road, Uvwie council area of Delta state after school hours last Wednesday.
Her mother, Faith Ofuya, explained to The Nation, she had had a fight with her teenage daughter the previous evening over misuse of her phone and possession of a Subscriber Identity Module (SIM).
But she could not ascertain if she went away because of their exchange, noting she appeared normal when left for school.
According to the mother, one of her schoolmates claimed Treasure said “she was not happy”.
She disclosed she had done all within her powers, including reporting to the Divisional Police Station, Ekpan, reaching out to family and friends, as well as checking the phone for possible clues to find her.
According to her: “She went to school on Wednesday. Although, we had a little issue on Tuesday evening. I took her phone from her. I seized it.
*She’s not supposed to take the phone to school and she’s not supposed to have a SIM. But we noticed that she had a SIM. I was angry with her, so I took the phone.
“On Wednesday, she bathed and went to school at New Era, Jakpa Road. After school, she attends a lesson (extra class) close by, just across the Jakpa Road. But she did not get to the lesson that very day. From school, she left.
“I have reported to Ekpan Police Station. They declared her missing. We made publications and all that. She will be 14 in August”.
However, the Delta State Police Command, through its acting spokesman, DSP Edafe Bright, could not confirm if the case was reported.
Top Stories