Speaking during an interview on Arise TV yesterday, he said the team ensured the release of the students where the Federal Government failed. 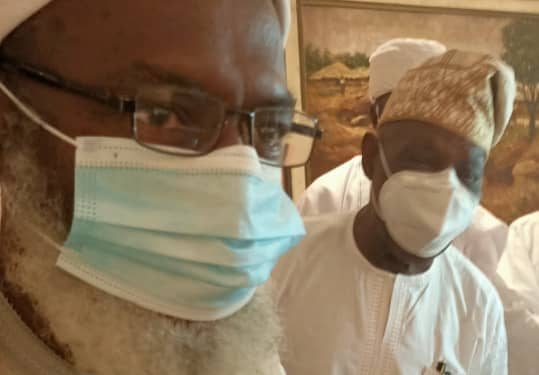 Speaking during an interview on Arise TV yesterday, he said the team ensured the release of the students where the Federal Government failed.

Yusuf, a professor of Hematology and Bone Marrow Transplantation said  no ransom was paid for the release of the students.

“The first and only negotiations that Sheik Gumi and Obasanjo got involved in, Obasanjo was emphatic that no ransom will be paid and we succeeded in doing that where the government failed. No money exchanged hands in the negotiations, no shot was fired and no life was lost. We did the negotiations and got to get these students released.

“This is what our rural folks have been passing through for years now, negotiating to get their folks out, selling whatever they have, thanks to the inefficiency of our government. If anyone’s loved one is taken, he will do whatever it takes to get the person out. That is what we have been going through for years, but it is making the news now because it is getting closer to the cities,” Yusuf said.

He also said the bandits want genuine peace because they are tired and that he has learned from several meetings with the bandits that they are willing to listen to religious leaders. He added that banditry is a social issue and should be treated as such. He also added that although there’s a role for the military in the fight against banditry, it won’t make the problem go away.

He said: “This is what we find out, in all the five states we went in, they listen to clerics. In Niger State, they gathered in force to a meeting of war commanders, from six states, in the forest.  There’s a role for the military in all of these. Without the military, the North West would have been overrun by Boko Haram, the North Central will be overrun by these bandits, Indigenous People of Biafra (IPOB) will overrun the South East, there will be warlords all-over South West.

“There’s a role for the military but if anybody tells you there’s a military solution to this conflict, he’s either dishonest or he doesn’t know what he’s talking about. There’s no military solution to this problem. Banditry is a social problem and not a military one. We are increasingly militarising what is essentially a social problem. We are dropping a million-dollar bomb on people we should be providing water for.”