A former beauty queen, Htar Htet Htet has joined thousands of her country people to fight the army. 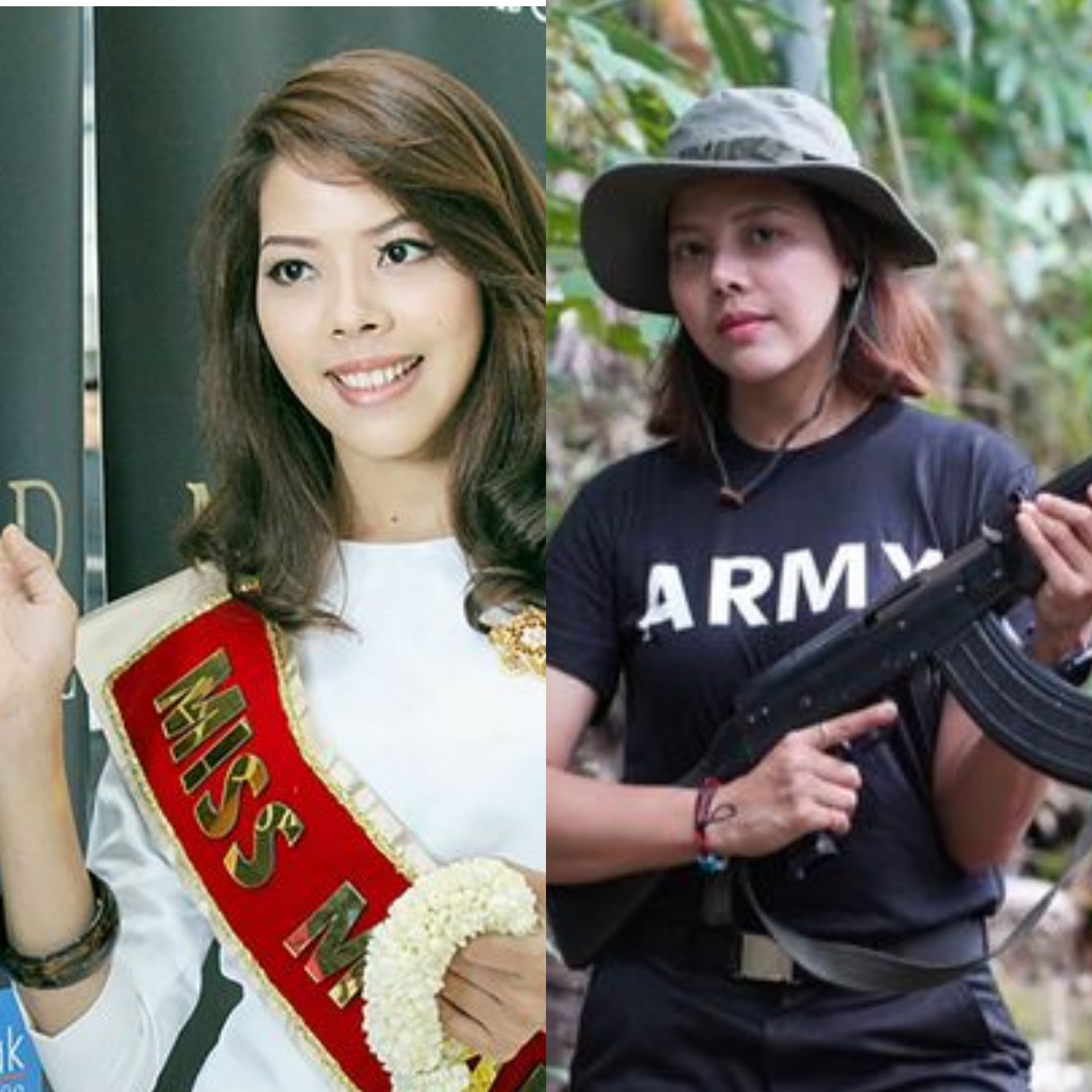 Htar Htet Htet
A former beauty pageant queen, Htar Htet Htet has taken up arm against the military junta in Myanmar, joining thousands of other citizens to begin a revolution against the coup plotters.
Recall that soldiers in Myanmar overthrew the democratically elected government in a February coup, since then, thousands have been protesting in the streets till today..
Posing for photos with an assault rifle on social media, Htar Htet Htet said she's taking a stand against the military as citizens plot a revolution against the country's military.
She won the 2013 Miss Grand International pageant in Thailand, competing with other women in categories like swimsuit modelling and national costume.
She wrote on Facebook: "The time has come to fight back.
"Whether you hold a weapon, pen, keyboard or donate money to the pro-democracy movement, everyone must do their bit for the revolution to succeed.
"I will fight back as much as I can. I am ready and prepared to give up everything. I am even ready to pay with my life." 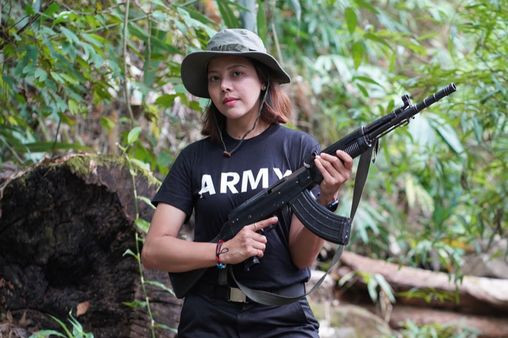