Uduak Akpan, Suspected Killer of Inioubong Umoren Is Not Dead, He's In Our Custody - Police


The police has debunked reports that the suspected killer of Inioubong Umoren is dead. 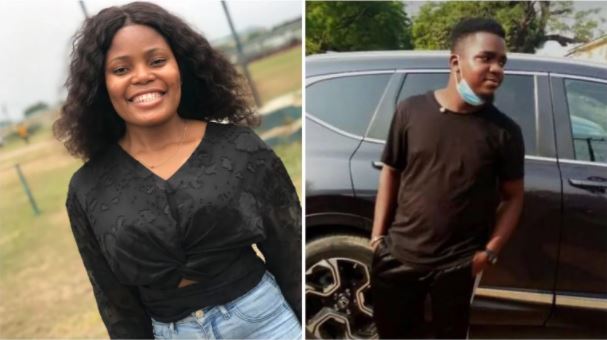 Umoren and Uduak
The Akwa Ibom State Police Command has cleared the air over alleged reports that Uduak Frank Akpan, the suspected killer of a job seeker, Iniubong Umoren committed suicide.
The Commissioner of Police, CP Andrew Amiengheme while debunking news of the alleged killer, described the rumour as the figment of the writer’s imagination, wondered why some people would derive pleasure in peddling falsehood.
He added that the police would not be distracted with speculations, noting that the command would ensure discreet investigation into the matter.
According to the Commissioner, ”It is not true that Uduak Akpan has committed suicide. The suspect is in our custody. Maybe he committed suicide in the bedrooms of those peddling the rumour, or maybe he committed suicide on social media. This is not true please!”
Recall that it has been trending on the social media since on Wednesday that Uduak Akpan committed suicide at the Akwa Ibom police headquarters, Ikot Akpanabia, Uyo, the State capital while in detention.
The rumour had it that the suspect allegedly hung himself using his trousers by tying it to the metal frame of his cell door.
Many reactions had since trailed the rumour as many social media users have hastily alleged that police has some questions to answer on the purported death.
Some expressed fear that late Umoren would no longer get justice as the suspected killer, Uduak Akpan has allegedly killed himself.
Top Stories