The baby’s father was arrested on manslaughter charges after the body of the child was found in a rural area of neighboring Lowndes County. 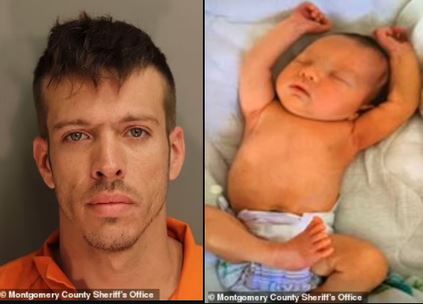 A man from Alabama will be facing capital murder charges following the death of his 5-week-old son, whose body was found shortly after he made a public plea for the missing baby’s safe return.

After an autopsy was conducted, investigators said they determined the charges should be upgraded to capital murder.

“This is a baby. You are talking about a 5-week-old baby,” Cunningham said.

Authorities did not disclose the cause of the infant’s death or how long he had been dead.

A warrant indicated the infant “was buried in a remote area” and investigators believe the infant was killed in Montgomery County.

The court record estimated the time of death between 3:45 p.m. and 5:30 p.m. Monday, which would be several hours before a 911 call was made from a gas station reporting the baby missing.

The arrest of the father came after he and his 28-year-old Angela Nicole Gardner spoke to the media during a press conference and pleaded for help in finding their son. 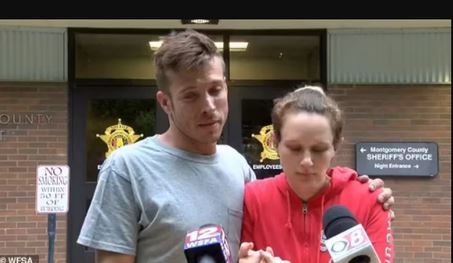 "It would mean everything to us. The family ain't the same without family, that's for sure,'' Whisnand told reporters, WSFA reports. "It's been taking a toll on everybody."

“I don’t remember a lot. But I did remember I was breaking up with the cops. If anybody’s got anything, any place I could have gone,” he said.

The sheriff said after the news conference that investigators “were able to obtain some pretty good information that led us to the body.” His cause of death has not been released.

According to the sheriff's office, the newborn was reported missing on Monday night from a gas station on Wetumpka Highway. During Wednesday's press conference, Gardner told reporters C.J. disappeared while his father was paying for gas.

Whisnand is being held without bond in the Montgomery County Detention Center.