The Nigeria Governors’ Forum has reacted to the 5-day warning strike issued by the NLC in Kaduna state. 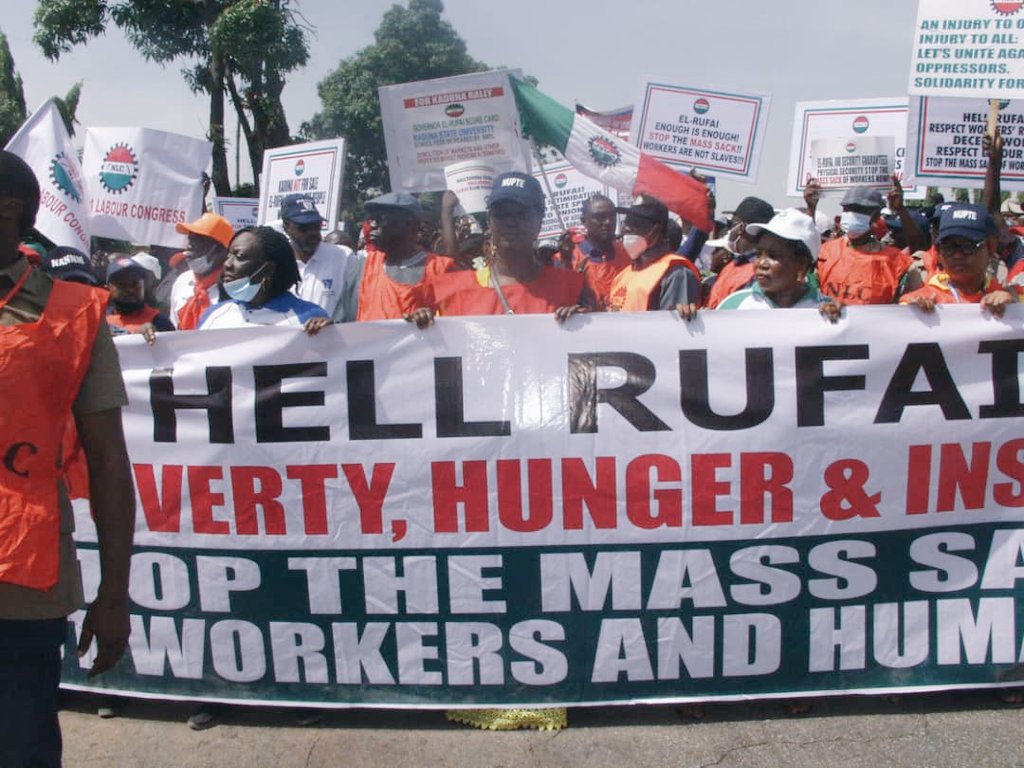 NLC protest in Kaduna
The Nigeria Governors’ Forum (NGF) has begged the Nigeria Labour Congress on behalf of the Kaduna state government.
NGF on Monday appealed to the Nigeria Labour Congress (NLC) to exercise calm and restraint in its engagement with the Kaduna State Government.
Chairman of the forum and Governor of Ekiti, Dr Kayode Fayemi, who made the call, urged the NLC to explore the already open avenue of rapprochement provided by Kaduna State government to resolve the matter.
DAILYPOST had reported that activities in Kaduna State were paralysed due to the NLC strike on Monday.
Reacting, Fayemi, who also called for cautious introspection on the part of labour, noted that no meaningful progress had ever been achieved in an atmosphere of conflict and chaos.
He said NLC actions can become counter-productive, especially as the last year 2020 has adversely affected workers socially and economically.
He urged NLC to join the State to evolve a convivial working environment that would be befitting for all.
The NGF further called on NLC to be open-minded toward the altruistic intention of the staff audit to sanitise the state’s workforce and make it more productive.
“This should not be seen as a witch-hunt or an attempt to unnecessarily downsize the civil service.
“As we all know, all states are at present going through difficult times and the most feasible option will be for each State to device its own response to its unique challenges without undermining the rights of individuals to seek redress,” Fayemi added.
Top Stories