Horror! How A Lagos Teenage Factory Worker Was Killed In Industrial Accident On Resumption Day


The supervisor, Abdulrahmon and other members of staff were busy in the factory when a power outage suddenly occurred. 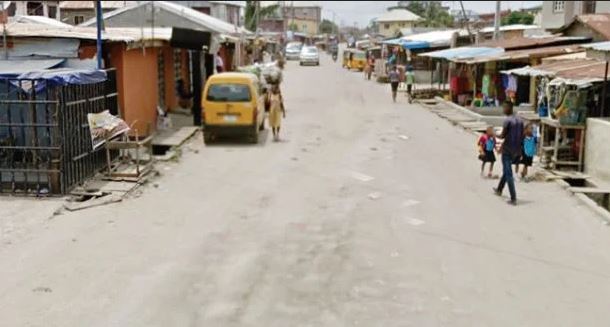 Babatunde Abdulrahmon , a seventeen-year-old boy has succumbed to the injuries he sustained on the day he resumed work as a mixer at a manufacturing company, Mingyi Trading Company Limited, Satellite Town, Amuwo Odofin Local Government Area of Lagos State, according to PUNCH Metro.

It was gathered that the teenager, who went to the company in search of work, was introduced to the manager, Uchenna Umeanna, who put him under a supervisor.

The supervisor, Abdulrahmon and other members of staff were busy in the factory when a power outage suddenly occurred.

In a bid to continue production, a worker in the company was said to have quickly switched on the generator, and as the mixing machine began working,

Abdulrahmon, who was close to it, was unfortunately sucked into the mixer.

Umeanna told PUNCH Metro that Abdulrahmon sustained severe injuries in his body and legs, adding that efforts by doctors to save him at a nearby hospital proved abortive.

The manager said, “It was an unfortunate incident. Abdulrahmon came looking for a job and I personally took him to the supervisor to teach him the job. After some hours, I suddenly heard screams and I rushed down to the factory.

“When I got there, he was inside the mixer and we had to bring him out. What happened was that the supervisor was teaching him how to scrape the particles of the PVC material on the mixing machine.

“According to the supervisor, a power outage suddenly occurred and another worker switched on the generator, and Abdulrahmon, who was close to the mixing machine, was suddenly sucked into it.

“We quickly switched off the generator and pulled him out, but his legs were injured and when we rushed him to hospital, they said he had internal injuries and was bleeding.”

Umeanna stated that he reported the incident to the police, who detained him and two of the workers, adding that family members of the deceased were also informed about the accident.

He said, “The doctors were trying to resuscitate him and after about 20 minutes, we lost him. I informed the police about the incident and the matter was transferred to another station in Agboju, where two of the workers and I were detained.

“Before then, I had sent someone to search for his family and they also came to the station. The DPO assigned policemen to investigate the case and we all came to the scene of the accident with his family members.

“With the assistance of some of the family members and community leaders, we were able to resolve the issue with the family, who said they didn’t want to press any charge.

“So, Abdulrahmon’s remains were deposited in the morgue and the following day, we had a discussion with the family and he was buried. The firm bore the entire burial expenses. I had to tag the machine as dangerous, because it costs someone’s life.”

When contacted, Abdulrahmon’s brother, Sodeeq Aderonmu, said, “I can’t do anything without the consent of the family members. I have contacted our dad and he said since we have settled the case with the representatives of the company, there is no need for us to say anything on it.

“The case was handled by our lawyer, but the advice we got was that if we proceeded with a case, we would not have buried him, because his corpse would still be in the mortuary. He died young and as a Muslim, he was buried immediately.”

He stated, “One Aderonmu Sodeeq reported at the Satellite Division on Wednesday, May 12, 2021, that his younger brother, Babatunde Abdulrahmon, 17, went out the previous day to work at the Mingyi Trading Company Limited as a factory worker.

“He said the manager of the company, Uchenna Umeanna, informed him that his younger brother had a factory accident while working on one of the machines.

“As a result, he sustained severe injuries on his body and he was rushed to the Navy Referral Hospital in Satellite Town for treatment, but he was later pronounced dead by a medical doctor. An investigation is ongoing.”