Photo of Emir Of Kontagora’s Son Gunned Down By Bandits


An attack by bandits at an emir's farm has left his son dead, leaving many in shock. 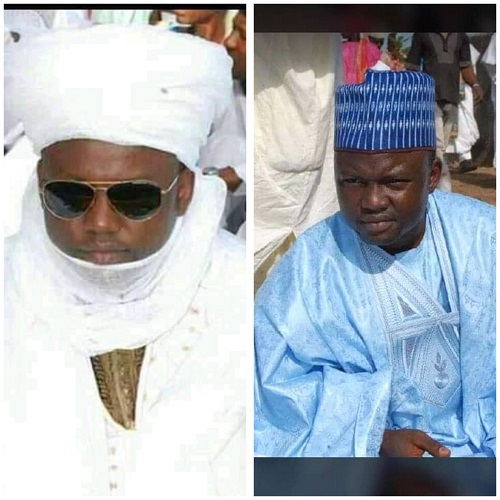 Emir of Kontagora and his son killed by bandits
Bandits have killed the son of the Emir of Kontagora in Niger state.
Alhaji Bashar Saidu Namaska, son of the Emir of Kontagora was among the persons killed in an attack on the Emir’s farm on Wednesday.
The late son was said to be on the farm along Zuru road in the LGA when the bandits struck.
Some other people working with him were also said to have been shot dead while unspecified number of cows were rustled.
Sources said the bandits also flagged down both commercial and private vehicles plying the road, collected phones, money and other valuables from the people on board.
Those without cash and valuables were beaten up mercilessly and whisked to an unknown place, according to sources.
The late Bashar, who is the Sardauna of Kontagora had, been holding forth for his father, Sarkin Sudan, Alhaji Saidu Namaska, who has been sick.
A government official, who craved for anonymity, confirmed the story.
“It is true that bandits invaded Kontagora town and shot several people and killed the Emir’s son, Alhaji Bashar. His death will be formally announced soon and he will buried immediately.
“He was rushed to the Hospital after he was shot but confirmed dead,” the source confirmed.
The police public relations officer, DSP Wasiu Abiodun, could not be reached for confirmation as his phone was switched off as at the time of filing this report.
Top Stories