A gas explosion at a hotel has killed the son of a former SA on Environment to ex-governor of Ogun State, Senator Ibikunle Amosun. 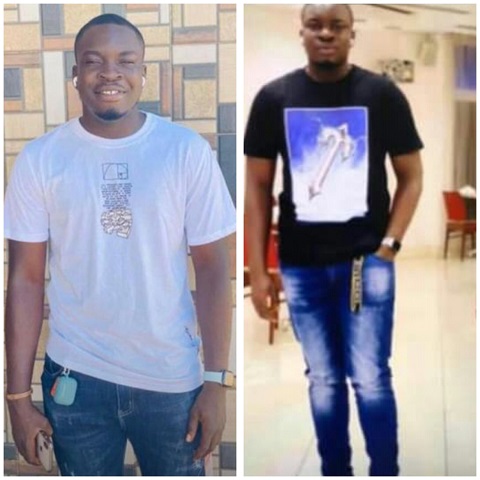 Olamide killed by gas explosion
A Nigerian politician has lost his son to gas explosion.
It was gathered that Olamide Jamiu Olamide, the son of Hon. Kunle Bakare, a former SA on Environment to ex-governor of Ogun State, Senator Ibikunle Amosun, died after a gas explosion that rocked Conference Hotel in Abeokuta.
The explosion which occurred around noon on Tuesday, May 18, 2021, also resulted in the death of a technician and left three others with varying degrees of injuries.
The hotel, located opposite the Olusegun Obasanjo Presidential Library (OOPL), is owned by former Ogun State Governor, Gbenga Daniel.
The deceased was buried in Abeokuta Cemetery on Wednesday morning, May 19.
Meanwhile, friends, colleagues, APC members have condoled with Hon. Bakare on the death of his son
Facebook user, Prince Adedapo David Oluwadamilare, wrote;
"My sincere condolence to my brother Hon Bakare former SA on Environment to Gov Amosun, on the demise of his son who was a victim of the gas explosion at Conference Hotel, Abeokuta. This is very hard to bear especially as I learnt he is so dear to you the parent (the only child of his mother). Words fail me, yet I must pray the good Lord to please comfort you and your wife. My dear Brother, it is well. May God grant Olamide eternal rest."
Keshiro Sulayman Oluwasesan wrote: "Please, join me to pray for the soul of one of us in Ijebu-Ode APC Youths, Bakare Muhammad Jamiu Olamide, who lost his life yesterday during the Gas Explosion at Conference Hotel Abeokuta,"
"May Allah swt forgive him of his Sins, shortcomings, accept his return and grant him Aljanat Firdaws, Aamiin. May Allah fortify one of our leaders, dear Egbon and dependable friend, Hon Kunle Bakare (Bakky) former Special Assistant to the Governor on Environment, who happens to be his father, the families, friends and Ijebu-Ode APC Youths to bear the irreplaceable loss and be Merciful to us all, Aamiin.
"He shall be buried in Abeokuta Cemetery, opposite Police College after Immigration office, Abeokuta by 10am" 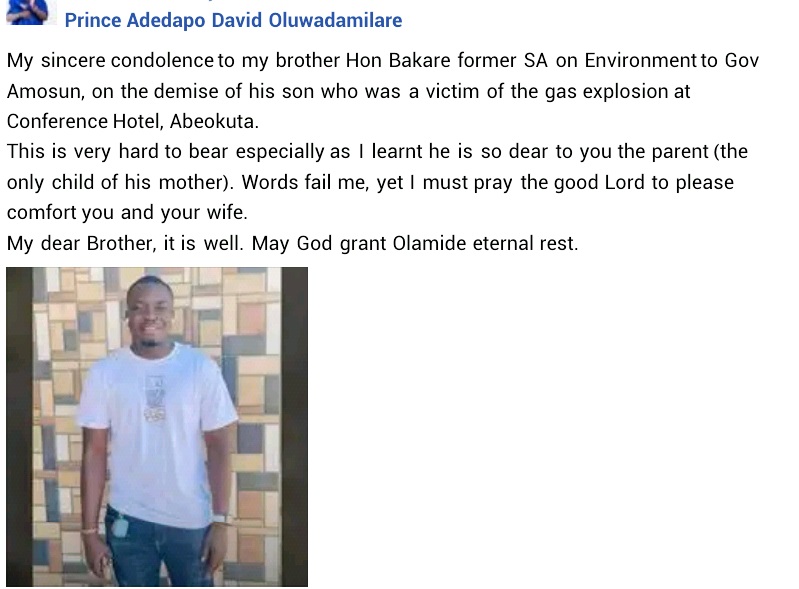 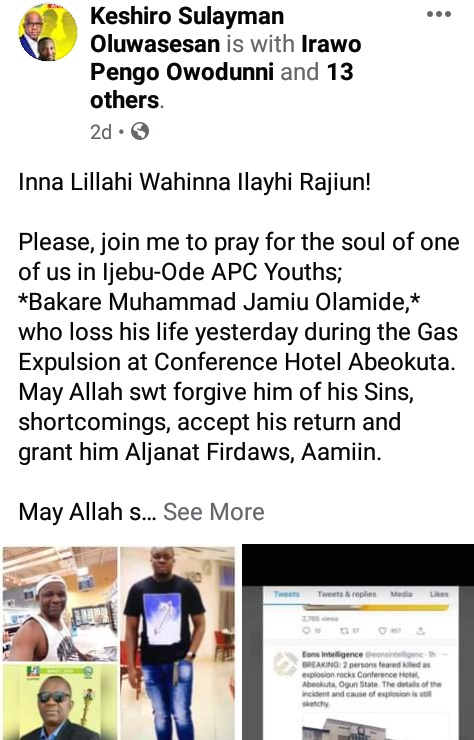