'Only God Can Wipe My Tears' - Late Pilot's Father Cries


The father of a Nigerian pilot who died in the ill-fated military plane crash on Friday has broken down in tears. 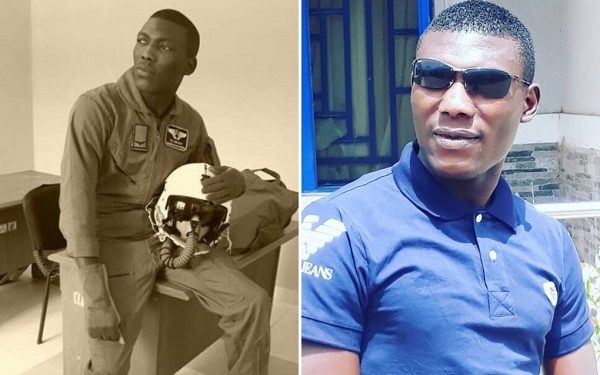 Asaniyi
The father of a Nigerian pilot killed in the plane crash that happened on Friday has cried out to God for help.
Mr Asaniyi Rufus lost his 29-year-old pilot son, Taiwo Olufemi Asaniyi, who flew the crashed military plane.
He said only God can console him and members of his family over the pilot’s death.
Speaking with NAN at his Ibadan residence yesterday, the 62-year-old father of the late pilot, who betrayed emotion repeatedly, lamented the death of his son.
“I struggled to ensure that my children have the best. I did farming for 32 years to support my teaching job, just to ensure that my children have the best of education.
“Since my retirement in 2019, Taiwo has been the one sustaining my family. All the responsibilities of the family had been on his shoulder, being the first male child.
“He was a blessing to us and our extended family. I had thought that the chain of hardship had been broken, but God took him away,” the bereaved father said.
Asaniyi appealed to the Federal Government to help find jobs for his late son’s siblings so that he would not die thinking of him.
“Taiwo’s twin sister is a graduate but she has not secured a job and so are his other siblings too. Nothing can be compared with the sacrifices that I and my wife had made for our children and we had thought that Taiwo would be of help to the family.
“I want to appeal to government to please help me find jobs for them because God has taken my beloved Taiwo away,” he said, sobbing uncontrollably.
The deceased’s mother, Mrs Rachael Asaniyi, 59, who could barely speak, also appealed for government’s assistance.
“My heartbeat has gone. It is only God who can console the family. I am a teacher due for retirement in February 2022. Taiwo was my son and my friend. Now he is gone and gone forever.
“I don’t know what to say or do now, but have put everything in the hands of God,’ she said, crying profusely.
The eldest child of the family, Mrs Oluwatoyin Olaoye, said the family has taken solace in the fact that he lived a fulfilled life.
“Just a day to the incident, he called me that I should get the list of things sent by our in-laws for his marriage and that I should put costs on them and get back to him.
“He also told me that the military had asked him to proceed on a course in the United Kingdom with effect from June 12.
“My brother was exceptionally brilliant; he was the shining light of both our nuclear and extended family, but God knows best,” she said.
Miss Kehinde Asaniyi and Taiwo Asaniyi, the immediate younger brother and sister of the late pilot, were full of praises for their brother.
“Our first child is Toyin; the late Taiwo and Kehinde, who is in Abuja for the burial rite as requested by the Federal Government, are the second born.
“My twin brother, Taiwo and I are the last born of the family. I studied Applied Geology and our brother had promised to help me get a foreign university admission for my master degree, because I have won some scholarships already.
“From when I woke up on Friday till when I heard the news, I was very moody, for no reason. I slept briefly in the afternoon and dreamt that my life support was removed by God. I quickly prayed and hoped nothing untoward would happen; not until when I was told that my best friend and brother was involved in a crash.
“It is not possible for me express how I have been feeling since Friday when I first heard the news from the WhatsApp status of my late brother’s friend.
“It has been extremely difficult because: how do you move from planning for his marriage soon to mourning him?” she said.
Top Stories