Busted! See The Nine Cultists Who Were Arrested During Supremacy Clash In Ogun (Photo) 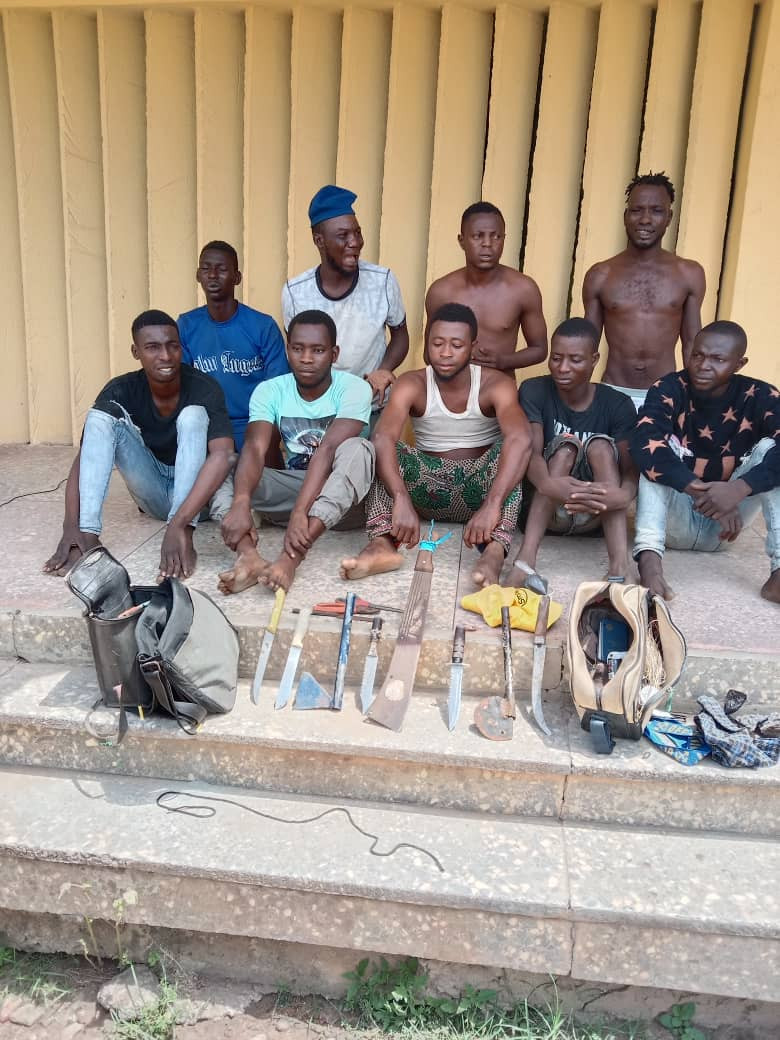 It has been reported that the men of the Ogun state police command have arrested nine members of Eye cult group in the Ajegunle area of Ibogun during a supremacy battle between them and members of Alora Confraternity.

According to Oyeyemi: ''While the clash was going on, distress call was made to the police divisional headquarters in Ibogun, and the DPO, CSP Samuel Oladele quickly led his men to the scene. On sighting policemen,  the cultists, who had already inflicted serious injuries on the chest of one member of Alora group, ran away with their injured colleagues, while police successfully apprehended the nine suspects.''

He added that items recovered from them include one cutlass, five knives, 2 axes, 5 phone Batteries, and four thousand naira cash.

Oyeyemi added that the state commissioner of police, Edward Awolowo Ajogun has ordered the immediate transfer of the suspects to anti-cultists section of the state criminal investigation and intelligence department for discreet investigation, while the fleeing members of the group should be hunted for and brought to justice.