Okikijesu disclosed this in a statement sent to journalists on Wednesday, stating prophesies. 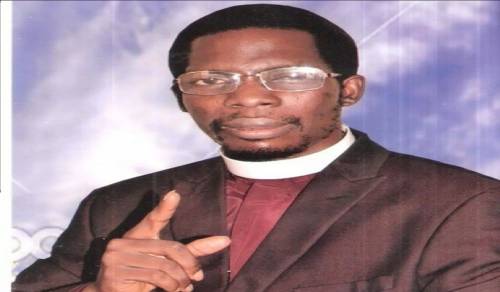 According to SaharaReporters, Apostle Paul Okikijesu of the Christ Apostolic Miracle Ministry has prophesied that Nigeria may experience the death of influential persons in a plane crash between June and July 2021.

The cleric therefore urged Nigerians to pray to avert the impending tragedy.

Okikijesu disclosed this in a statement sent to journalists on Wednesday, stating prophesies.

He said; “Thus says the Lord: I the Lord had previously instructed people to pray against plane crash and fire incidents or accidents at the airports; another private jet may crash that will cause loss of lives; if people are not prayerful.

“Pray against plane crash of a private jet between June and July 2021.

He also asked Nigerians to pray against the death of a former President.

Speaking about former governors who are not senators, Okikijesu said they would face God’s judgment.

He said, “Thus says the Lord: The former Governors who have become Senators that are troubling the country and putting the nation in pitch darkness will be judged seriously.

“Thus says the Lord: The hour of revenge has come and the spiritual eye of revenge will open in a manner that will make them to be punished seriously.”

“Thus says the Lord: The ex-governors that stand as godfathers and mentors who are afflicting the a nation and selling the future of the youths will be punished.

“Vengeance will rise and the firmament will change spiritually against these people. The time of fulfillment of this messages has come.”