The National Broadcasting Commission has suspended the broadcasting license of Ahmad Isah aka Ordinary President. 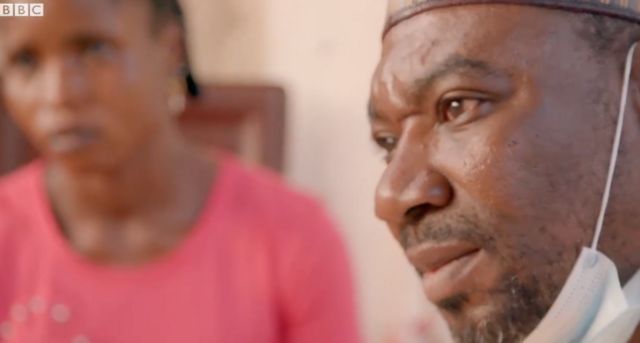 Ahmad Isah
Nigerian broadcaster, Ahmad Isah, also known as Ordinary President has been sanctioned by the National Broadcasting Commission.
His license has now been suspended.
Read the statement below:
The National Broadcasting Commission met with Mr. Ahmed Isah, owner and popular host of Brekete family programmme on the Human Rights Radio on Tuesday 26th of May, 2021.
The meeting afforded Mr. Isah opportunity to explain the circumstances that led to the unfortunate incident at his radio station where rather than promote human rights and human dignity a citizen who was invited to the programmme was physically assaulted by the broadcaster.
The National Broadcasting Commission has reviewed the events and notes the unreserved apologies and regrets expressed by the broadcaster.
The Commission states however stated that the action of the Broadcaster is in clear violations of the Broadcasting Code and a betrayal of the confidence reposed on him by the people and Government of Nigeria on whose behalf he holds the radio license in trust.
Section 0.1.1.2.1 of the Broadcasting Code provides in the Social Objectives of Broadcasting that Broadcasting shall - promote generally accepted social values and norms, especially civic and social responsibilities; and encourage respect for the dignity of man".
It also provides that Broadcasting organizations shall recognize that they exercise freedom of expression as agents of society, not for any personal or sectional rights, privileges and needs of their own or of their proprietors, relatives, friends or supporters.
It is important to state that the Commission has over the years, advised, cautioned, warned and fined the station over repeated cases of outright abuse, denigrating remarks, intimidation and flagrant abuse of ethics of fairness, balance and fair hearing on the station. It is also on record that the Commission had conducted several training and retraining programmes for the station and the host of the Brekete family programme especially.
The Commission has therefore in line with the sanction provisions in 15.5.2 of the Broadcasting Code, Ordered the Suspension of license of the Broadcaster, until the Broadcaster commits to ethical and professional broadcasting.
The Suspension Order is effective Monday the 31st of May 2021, at 12.00am. The Order shall last 30 days during which it is expected that the broadcaster will put its house in order and attune itself to responsive, professional and responsible broadcasting.
It shall also pay a recommencement fee of as provided for in section 15.5.1 of the Broadcasting Code at the end of the suspension period. The NBC appreciates the popularity of the station and the fact that it has in many cases tuned its programming to the yearnings of the people.
The Commission however has a sacred duty to promote decency, professionalism and respect for dignity of all citizens by all Broadcasters in Nigeria.