Their arrival at about 5.30- 6 pm on Wednesday and sporadic shooting caused great panic leading to loss of lives and destruction of properties. 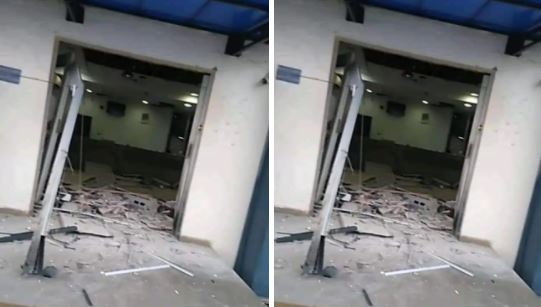 Their arrival at about 5.30- 6pm on Wednesday and sporadic shooting caused great panic.

Residents said the robbers first attacked the Apomu bank before moving to Ikire. From videos and photos shared online, both banks were bombed by the bandits.

The heist taken away was yet unknown.

At least four people were killed in the two attacks.

A resident of Ikire said: “The robbers came into the community around 5:55pm and were shooting.

“I don’t know maybe they were able to enter the bank and cart away money but I am sure that people were killed.”

“The Commissioner of Police, Mr Olawale Olokode is now at the scene of the crime.

“The robbers attacked two banks and they killed some people. They attacked a police station during the operation”, she said.