Four persons have landed in the police net for stealing a generator belonging to a telecommunication company. 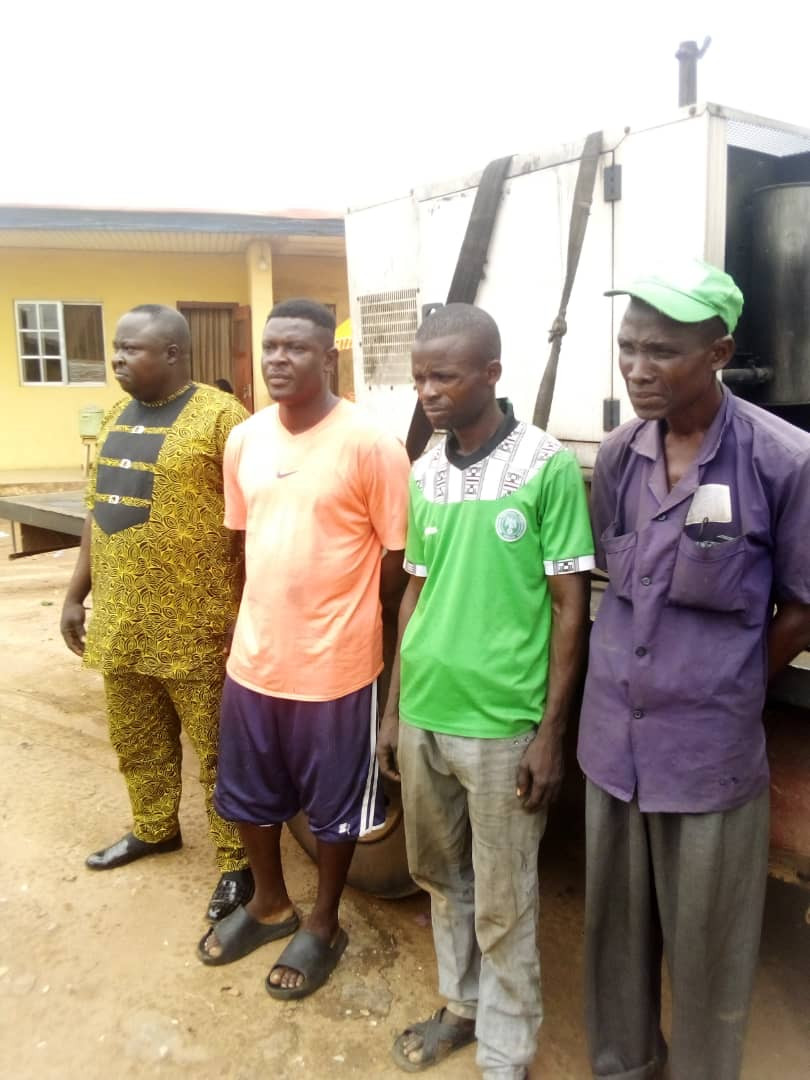 Generator thieves apprehended in Ogun
Mast generator thieves have been apprehended in Ogun state.
The four thieves were arrested by operatives of Ogun state police command on Sunday 6th of June 2021 for stealing the mast generator of a telecommunication company in Sango ota.
A statement released by DSP Abimbola Oyeyemi, spokesperson of the state police command, states that the suspects, Clement Idenyi, 42yrs, Orogade Olalere 41yrs, Ademola Adekunle 53yrs and Tunde Adewale were arrested following an information received by the DPO Sango Ota divisional headquarters, that the gang has concluded plan to break into and steal the ( FG Wilson) generator providing power to the telecommunication's mast, located at No7, Akintunde street  Oando Ijoko Ota.
''On the strength of the information, the DPO Sango ota division, CSP Godwin Idehai, detailed his surveillance team to cordone off and monitor the area. At about 5 am, the suspects arrived the scene with an Hiab Truck with which they lifted the generator, unknown to them that they are being monitored. As soon as they lifted the generator into the truck, the policemen swooped on them and apprehended three of the suspects.
On interrogation,it was discovered that, Clement Idenyi who incidentally is the site maintanance engineer was the Mastermind of the crime. Further investigation revealed that Tunde Adewale had already been contacted, and had agreed to buy the generator from them if they succeeded in stealing it, he also provided them with logistics to make the stealing easier, hence he was equally apprehended.'' the statement reads
Abimbola added that the commissioner of police, CP Edward Awolowo Ajogun, who commended the proactive move as well as determination of his men in bringing the suspects to book, has ordered a thorough investigation of the case with the view of arraigning the suspects before a court of competent jurisdiction as soon as investigation is concluded.
He said the CP, therefore, warned criminals to stop testing the resolve of the command to deal with any act of criminality, as doing so will always spell doom for them.
Top Stories