Meet Britain's Most Famous Executioner Who Killed Nazis, Serial Killers And Even His Own Pal


It was gathered on Friday that the victim, Ebenezer Ayeni, who was killed in the early hours of Thursday was a student of the Music Department at the Institution. 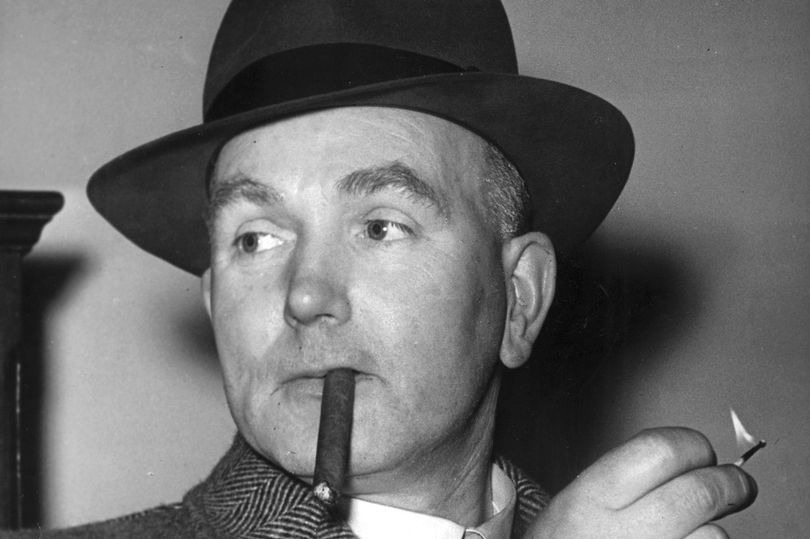 There is no doubt that jobs often run in families, with children following their parents into the family trade.

Young Albert knew he wanted to follow in his dad and uncle's footsteps. When asked what he wanted to be after leaving school, he immediately said "an executioner."

For 25 years the quietly-spoken Yorkshireman, who had a fondness for cigars and beautiful women, plied his trade, helping more than 500 people meet their demise at the end of a rope.

After so much experience, he had the craft down to a fine art.

The routine was always the same. He and an assistant would arrive at the prison the day before the execution and be told the prisoners height and weight. They would peek through the cell door's "Judas hole" to judge the condemned's build.

They would then go to the execution room and, using an official Home Office Table of Drops, work out how long the rope needed to be, and practice with a sack weighing the same as the prisoner.

At 8am the next day Pierrepoint, his assistant and two prison officers would enter the condemned cell and Pierrepoint would secure the prisoner's arms behind their back with a leather strap.

They would walk to the execution chamber and, while his assistant bound the prisoner's legs, Pierrepoint would place a white hood over the prisoner's head and a noose around his neck.

The metal eye the rope ran through was always placed under the left jawbone which would ensure an instantaneous death by broken neck when the trapdoor was sprung. From entering the condemned man's cell to the fatal drop normally took just 12 seconds.

Here we take a look at some of his most infamous, and tragic, cases.

His first job as chief executioner was in 1941 to see off gangland killer Antonio "Babe" Mancini who stabbed a man to death in a bar fight. Before the trapdoor opened Mancini said "cheerio."

After the Second World War he executed 226 Nazis, often more than 10 a day. These included the Beast of Belsen Josef Kramer who had also run the Auschwitz concentration camp and overseen the murder of hundreds of thousands of prisoners. He also executed Irma Grese, known as "The Beauty beast" and The Hyena of Auschwitz who tortured inmates with a plaited whip.

He even re-trained Austrian executioners who previously had used a short drop method which often left prisoners being strangled to death, sometimes taking as long as 20 minutes. Their trapdoor was also not wide enough with some having their noses torn off as they dropped.

John Christie murdered ten woman and haphazardly buried most of them in his back garden.

Seconds before he was hanged in 1953 he complained to Pierrepoint his nose itched.

He replied "It won't bother you for long." Tragically, Pierrepoint had already hung Timothy Evans who was wrongly convicted of killing his own daughter, when Christie had actually murdered her.

He also hanged a friend.

James Corbitt was a regular in Pierrepoint's pub - Help The Poor Struggler - and the pair often sang duets at the piano, having nicknamed each other Tish and Tosh.

Corbitt had been drinking in the pub before he went home and strangled his girlfriend to death in a jealous rage. Pierrepoint recalled as he walked into his cell Corbitt said 'Hallo Tosh' and Pierrepoint replied "Hallo Tish, how are you?" with ‘the casual warmth of my nightly greeting from behind the bar.'

Pierrepoint said it was the only time he regretted his job.

Pierrepoint's dad had lost his job as a hangman after drunkenly fighting with his assistant at Chelmsford Prison, while his son resigned as the Crown's executioner in 1956, supposedly after a row over expenses when a prisoner got a last minute reprieve.

After he hung up his noose he declared "I have come to the conclusion that executions solve nothing, and are only an antiquated relic of a primitive desire for revenge.

"There have been murders since the beginning of time, and we shall go on looking for deterrents until the end of time. If death were a deterrent, I might be expected to know."