It was gathered that the tragic incident happened on Sunday afternoon.

Bodies recovered from the well
Four men have died inside a well in Delta state.
It was gathered that the tragic incident happened on Sunday afternoon.
According to NaijaCover, two of the victims had initially entered into an empty well to wash it.
However, they lowered a power generating set into the well supporting it with a ladder.
After some minutes, they were said, to have been suffocated by smoke fumes oozing out from the generator while they were inside the well. 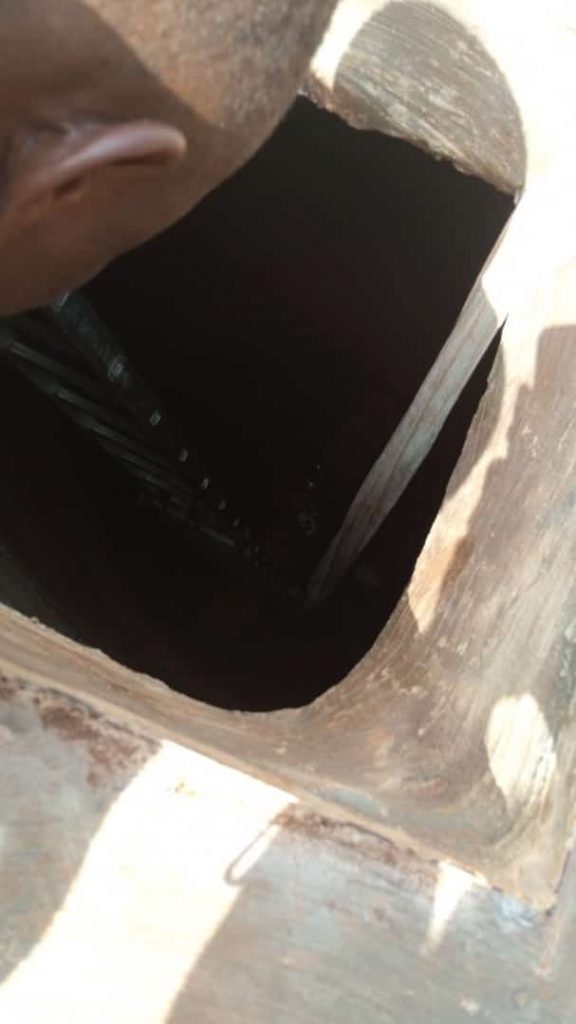 The other two were said to have died also, while trying to rescue the two boys that earlier entered the well.
The dead bodies have been retrieved from the well to the mortuary and that investigation is ongoing.
Watch video below:
Top Stories