A resident of the area narrated how the herdsmen stormed the community on Tuesday night and robbed residents. 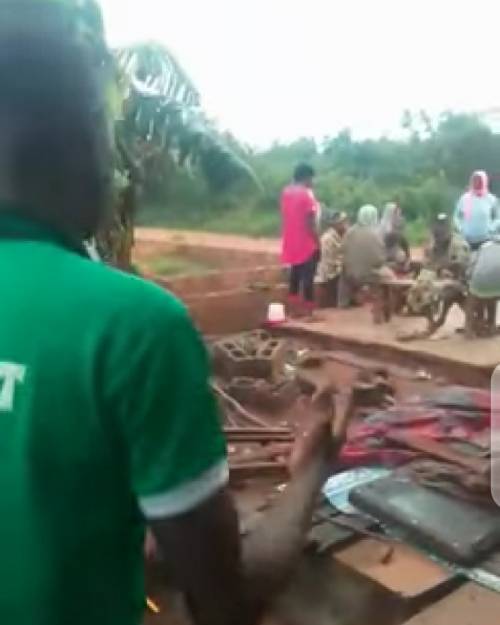 Sepeteri shared the photo on Facebook
Some armed herdsmen have invaded a community in Ijebu Ode with AK47 guns.
A resident of the area, Sepeteri narrated how the herdsmen stormed the community on Tuesday night and robbed residents.
Sepeteri, who said he knew some of the Fulani herdsmen in a video that has gone viral on Facebook, revealed that they took away half a bag of rice and a pot of soup from his apartment.
The victim in a video shared by one Ayobami Ojedokun on Facebook noted that the herdsmen arrived at his house with AK-47s around 11 pm on Tuesday and insisted that he must open his door, else they would kill everyone in the house.
Swearing that he was telling the truth about the identities of the gunmen, Sepeteri said, "They arrived at my house around 11 pm and asked me to come out. I quickly put on the light and I saw them outside. They threatened to kill everyone in the house if I didn't open the door on time. They attempted to kill me but I miraculously escaped.
"They took away N150,000 my sister brought for me. They also took away half a bag of rice and a pot of soup. I know some of them, even though there were external Fulani men among them but I saw the one I know among them. Even apart from that, they called my name, Sepeteri, several times.
"They left my wife and children when I shouted that Fulani people are in the neighborhood. If not that I shouted, they wanted to use me to wake everyone in the neighborhood and kill all of us. They destroyed my windows and doors. They have taken away all my arms."
Top Stories