An embarrassing moment a police officer was caught fighting with a bus conductor has been caught on tape. 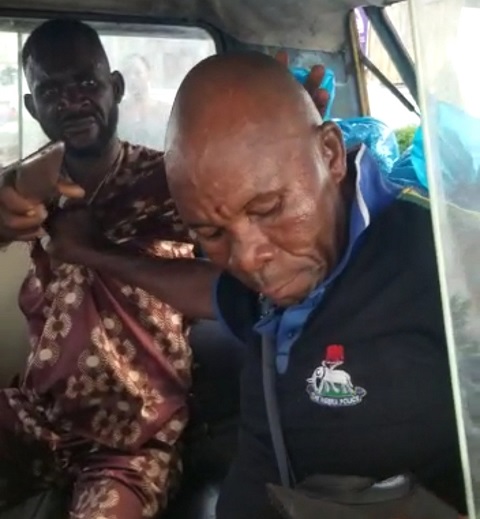 Police officer and bus conductor fight in Lagos
A police officer has been seen on tape fighting with a bus conductor over transport fare.
It was gathered that the incident happened in Ikorodu at about 5:30pm on Saturday, June 19.
According to eyewitnesses, the policeman wanted to ride in the bus for free as a "staff" but the bus driver and conductor insisted they no longer carry staff for free "since the government does not pity poor people that use danfo for business and keeps increasing the cost of petrol."
The policeman then allegedly became aggressive and put hands on the conductor.
Watch the video below: