'2nd Niger Bridge Will Be Completed In 2022' - Babatunde Fashola


Nigeria's Minister of Works and Housing, Babatunde Fashola has revealed when the 2nd Niger bridge will be completed. 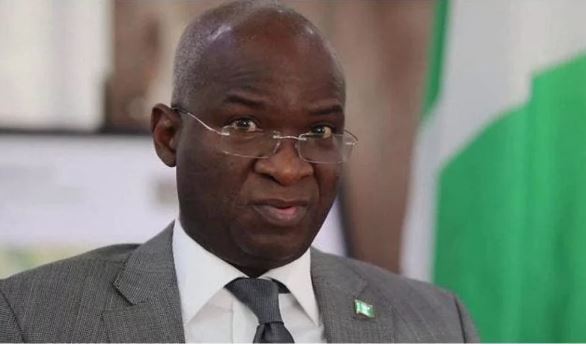 Babatunde Fasholla
The Minister of Works and Housing, Babatunde Fashola has revealed a date for the completion of the Second Niger bridge.
The bridge which is currently being constructed, will be completed in 2022, according to the minister.
Fashola spoke at a forum organized by the News Agency of Nigeria to mark the sixth anniversary of the Buhari administration in Abuja, today June 20.
According to Fashola, the bridge, which will serve as a major link between the south-east and the south-west will be delivered between the second and third quarters of 2022.
“So, what you see currently is the final work. The sub-structure which entailed building cement structures underwater often costs a lot of money. We should finish the bridge next year between the second quarter and third quarter.” he said
The bridge is 1.6km long and furnished with other ancillary infrastructure, including a 10.3km highway and an interchange. The bridge spans from Asaba in Delta state to Ozubulu, Ogbaru, and other communities in Anambra state.
Top Stories