She made the revelation on Father's Day while celebrating the businessman. 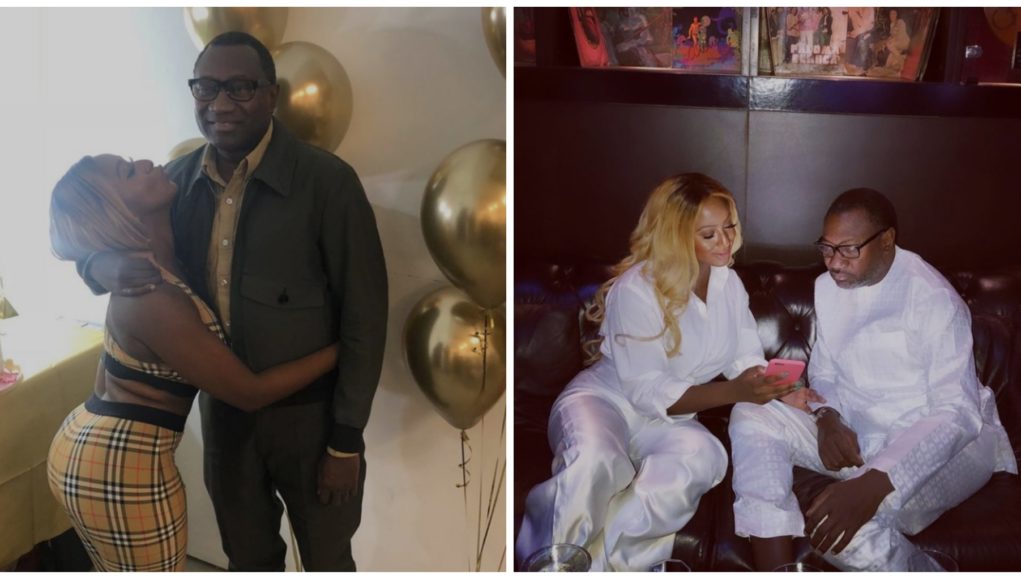 Cuppy posing with dad, Femi Otedola
Musician and disc jockey, DJ Cuppy has revealed that she still begs money from her billionaire dad, Femi Otedola.
She made the revelation on Father's Day while celebrating the businessman.
DJ Cuppy uniquely celebrated her father as she shared lovely photos of them together and things they have done.
In one of the photos she shared via her Instastories, DJ Cuppy revealed she begs for money from her father. In another, she shared a photo of the two of them reading messages from guys sent to her.
She also shared a photo of her and Otedola doing business together.
The photo showed there is a deep bond between DJ Cuppy and her father.
See photos below: