A young student, Aishat Jariyan Mamata has been confirmed as the victim killed by bandits. 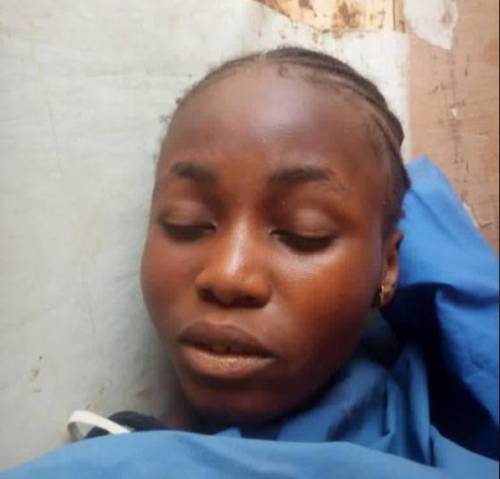 Lata Mamata
A photo and name of the student killed by bandits during Thursday's rescue mission by security operatives have been released.
She has been identified as Aishat Jariyan Mamata, one of the three students killed by bandits at Federal Government College, Birnin Yauri, Kebbi last Thursday.
In the attack, a policeman was shot dead while students and members of staff were whisked away by the criminals.
Some of the victims were later rescued as security agents responded on time to the distress call made to them.
The security agents engaged the gunmen in a gunbattle which facilitated the rescue of the abductees.
A source close to the school revealed this to SaharaReporters on Saturday after speaking to one of the students who witnessed the incident.
“The attackers came on motorbikes and engaged with the security men and after they shot one police officer dead, they proceeded to the school compound.
“They reached out to the students and made them lie on the ground until they brought some staff members who they met in the class to join them.
“Some students were seen running away and they shot at them and they were left wounded with bullet wounds. They abducted them in one of the available vehicles in the school compound and drove away,” the source said.
About the girl killed, the source said, “That was the female student that died. Her name was Aishat Jariyan Mamata.”
Kebbi State Governor, Atiku Bagudu, Thursday, admitted that security personnel in the school were overpowered by the gunmen in the attack.
He, however, said efforts were ongoing to find them and rescue the victims, as he could not ascertain the actual number of people involved.
“We don't know how many students were taken. Many parents have taken their children out of school in a panic and we are hesitant to say how many are missing because some may have gone home.
"The team comprising operatives from the Police Mobile Force, Anti-kidnapping and Counter-terrorism units are currently combing nearby forests, routes and suspected hideouts of the criminals," Bagudu said.
Top Stories