Nigerians have accused President Muhammadu Buhari and his government of peddling lies that it spent $5bn fighting poverty since 2016. 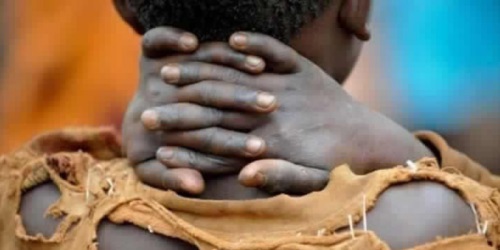 Poverty
Nigeria's Minister of Humanitarian Affairs, Disaster Management and Social Development, Sadiya Farouq has been accused of lying that the federal government spent a whopping over $5bn since 2016 to fight poverty in the country.
Recall that Farouq made the statement during the presentation of letters of engagement and electronic tablets to 248 monitors of the National Social Investment Programme NSIP programme in Adamawa State over the weekend.
Farouq revealed that President Buhari has since 2016 backed his pledge to pull 100 million Nigerians out of poverty.
This she said the President has done by committing $1bn through the National Social Investment Program to reduce poverty and inequality.
Nigerians, however, took to social media to react to the claims being made by the Minister.
While some accused the Federal government of constantly dishing out lies to poor masses others were of the opinion that this is another means the government intends to utilise in stealing money.
Below are some comments gathered by DAILY POST;
@Don mike, “This is one na serious fightoo. $5bn and Nigerians is still capital of poverty in the world.”
@Jonathan, “Yet we are still no1 poverty striken country.How funny!”
@Tobi_Akinsola, “ In this same Nigeria or another country has name Nigeria?”
@Double Tee,” Another notice of embezzled money.”
@Alexandria, “ Madam how far north which is the poverty hub in Nigeria.”
@Appleofgod, “This government too like lie eeh.”
@Openseceret, “ This woman is the female version of Liar Mohammed.”
@Gbenga, “Madam how many people are we including you and all the politicians. Why not pay directly to our accounts millions per head. Madam liar. Your lies have chased the Devil away.”
@Samuel, “Funny news. Why is this government always lying.”
Top Stories