The politician has made a list of what he described as the major problems of Buhari. 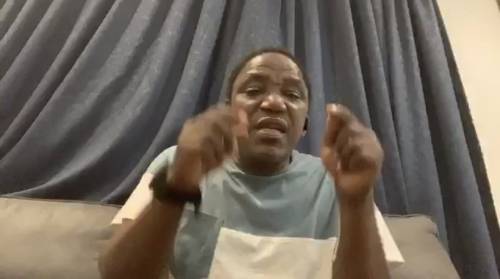 Solomon Dalung
A former Minister of Sports, Barr. Solomon Dalung is not happy with President Muhammadu Buhari.
The politician has made a list of what he described as the major problems of Buhari.
According to him, majority of the people in Buhari administration do not seem to work along the President’s ideology but rather prefer to fold their arms and watch him fail.
The former Minister spoke at the Army Resource Centre, Abuja on Tuesday, during the presentation of a book entitled ‘Buhari in Us’ written by Haruna Abdullahi.
He said, “When I finally met Mr. President, he said, ‘I know you are somebody who can tell someone how it is. I would want you to tell me anytime, anything however bitter or however hard it is.’
“My covenant with him is to tell him whenever he is right and also whenever he is wrong. The President has remained the man I know since then.
“Buhari has not changed. But Buhari is like an angel who is invited to dance in the mould and Nigerians expect him to return to heaven with a clean robe. Certainly, it would not happen.
“The second problem of Buhari is that he believes so much on himself and insists on doing what is right. But he also does not believe that the environment upon which he operates is different from what he is.
“The last problem is that Muhammadu Buhari is one of the most unfortunate leaders who meant well for the country but so many people who are supposed to help him succeed are just folding their arms watch him and say ‘do it let’s see!’
“And it is the ‘do it let’s see’ syndrome that has made the Buhari government subject of attacks from Nigerians…”
Top Stories