He reportedly committed suicide by hanging in a prison cell, hours after a preliminary ruling for his extradition to the United States on charges of tax evasion. 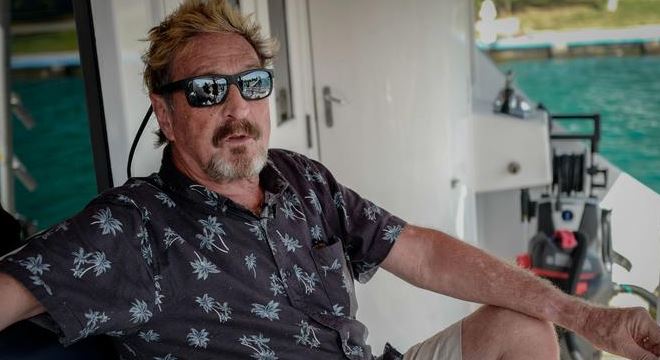 Founder of antivirus company McAfee, John McAfee, has been found dead in a Spanish prison near Barcelona after the Spanish high court authorised his extradition to the United States

The British technology entrepreneur reportedly committed suicide by hanging on Wednesday afternoon June 23, in a prison cell, just hours after a preliminary ruling for his extradition to the United States on charges of tax evasion.

The Catalan justice department confirmed in a statement that the likely cause of death is suicide, Reuters reported.

Employees at the Brians 2 penitentiary tried to revive the 75-year-old Mr McAfee but were unsuccessful, according to a statement cited by Spanish newspaper El Mundo and reporting by the Associated Press.

According to the newspaper El Pais, the software entrepreneur was arrested in October and was awaiting extradition to the US when he was found dead.

The paper added that police are investigating the circumstances surrounding his death.

Mr. McAfee had been charged with several federal financial crimes in two US districts. In the Western District of Tennessee, Mr McAfee was indicted in October on ten counts of allegedly evading taxes on millions of dollars of income.

In a Manhattan federal court in March, he was charged for a scheme involving cryptocurrency, which he was pushing on social media.

The charges carried a prison sentence of up to 30 years.

A statement from the regional Catalan government didn’t identify the American tycoon by name but said he was a 75-year-old US citizen awaiting extradition to the country.