Horror! Businessman Allegedly Locks His Wife Up In Their Factory, Beats Her Up In Lagos


The DSVRT, in a statement, said the matter was referred to the Owutu Police Station and the suspect was arrested. 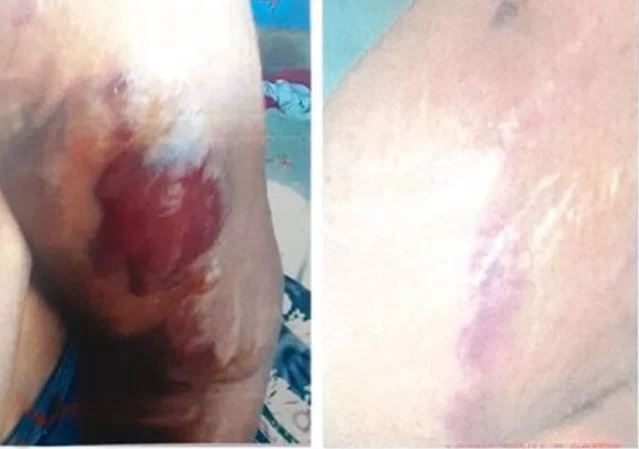 Biola Idris, a businessman, has been brought before the Lagos State Magistrates’ Court in Ita-Elewa, Ikorodu, for allegedly assaulting his wife, The PUNCH reports.

It was gathered that the victim on June 16, 2021, made a complaint to the Lagos State Domestic and Sexual Violence Response Team that Idris allegedly locked her up in their factory and assaulted her.

According to the DSVRT, the victim sustained grievous injuries in the process.

The DSVRT, in a statement, said the matter was referred to the Owutu Police Station and the suspect was arrested.

The statement read in part, “The victim was immediately referred for medical attention and the team assisted her in preserving the evidence of the assault. She disclosed that this was not the first time her husband would physically, emotionally, verbally, and economically abuse her.

“The Lagos State Domestic and Sexual Violence Response Team referred the case to the Owutu Police Station, Ikorodu, for investigation, and the case was subsequently charged to the Ita-Elewa Magistrate’s Court, Ikorodu, on June 25, 2021. The client was also referred to receive psychosocial support to assist her on her road to healing.”

Our correspondent gathered that the suspect was arraigned on one count of assault punishable under Section 173 of the Criminal Law of Lagos State, 2015.

The presiding magistrate, E.A. Sonuga, granted the defendant bail in the sum of 200,000 with two sureties in like sum.

The case was adjourned till July 21 for mention.