The suspect who killed his girlfriend in a school where she worked as a cleaner has been sentenced. 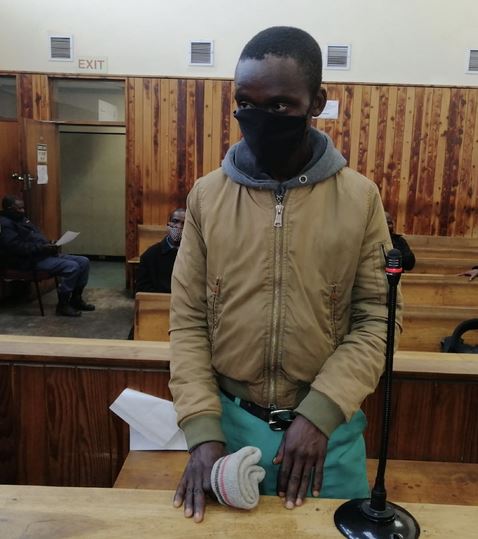 A South African man who shot his girlfriend at her workplace has been sentenced to 25 years in jail.

Police spokesperson, Brigadier Tembinkosi Kinana, in a statement on Thursday, July 1, said that the deceased, Noloyiso Gqeba, was at Mandleni Junior Secondary School, in Xunu Locality, where she worked as a cleaner, when Mbuyiseli Nodongwe, who was in a relationship with her, arrived and shot her with a firearm. Noloyiso, aged 35, died at the scene. 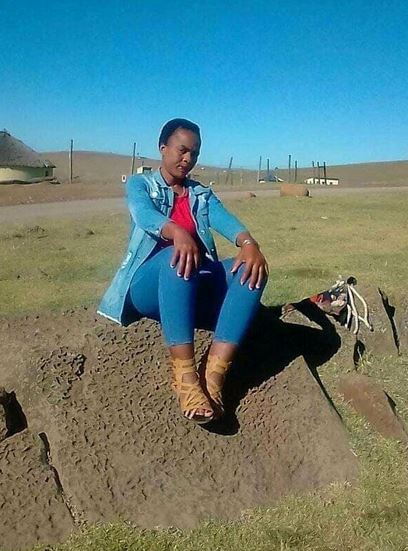 "The incident left co-workers shuttered as they witnessed tragic scenes of the cold-blooded murder of the woman and escaping of the suspect from the scene of crime," Kinana stated.

"On the 25th August 2020 the suspects was subsequently arrested by the police in an operation which was ordered by the Provincial Commissioner through activation of the 72 hour mobilisation plan. The search began on the mountains and Gqogqorha forests until the suspect had no choice but to surrender himself at Mthatha Central Police Station." he added.

In welcoming the sentence, the Provincial Commissioner, Lieutenant General Liziwe Ntshinga indicated that the prison sentence will serve as a lesson and deterrent to the would be perpetrators of Gender Based Violence and Femicide. General Ntshinga further appreciated the work of the detectives to ensure that investigations into the incident were finalised within a very short period.

“The sentencing of the suspect has been done in less than a year from the time this particular crime was committed. I have no doubt in my mind, justice has been served and that is what our communities need.” said Lieutenant General Ntshinga. 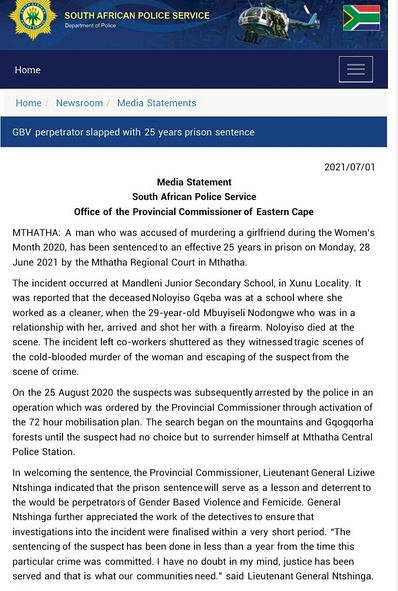