Yoruba Nation: Why We Held Lagos Rally Despite Police Threats - Agitators Speak Up


Maxwell Adeleye, the spokesperson for the umbrella body of Yoruba Self-Determination Groups, Ilana Omo Oodua, made this known. 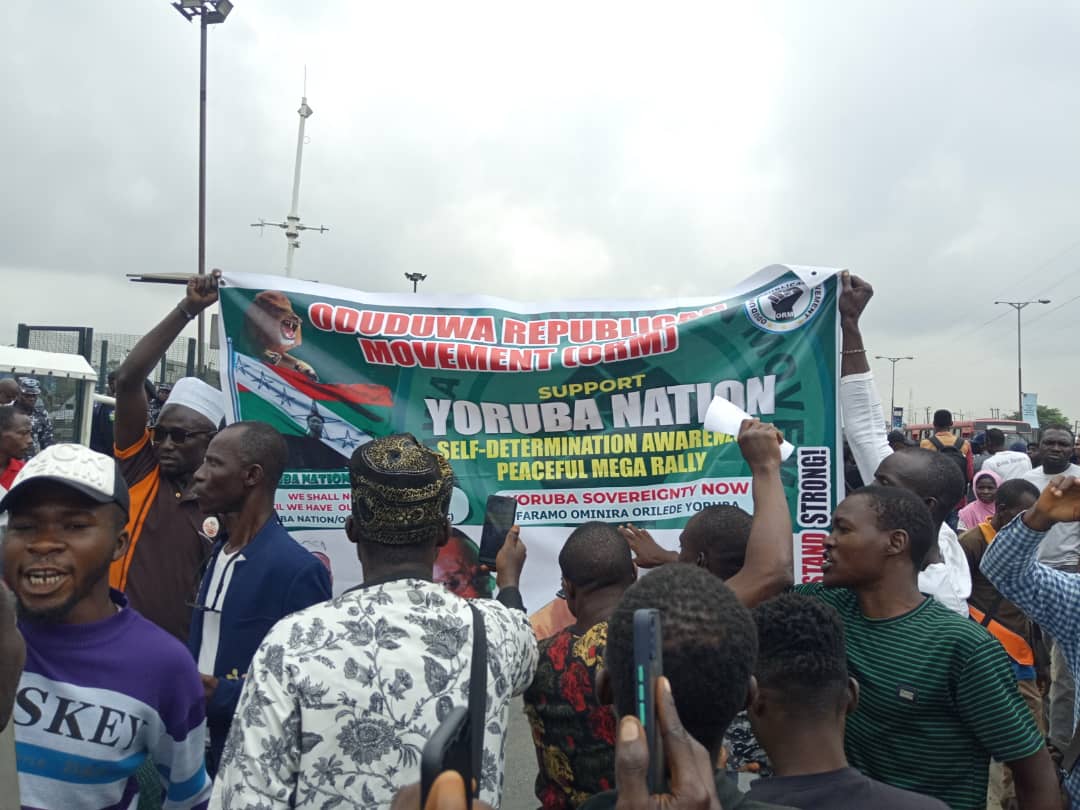 According to The PUNCH, the Yoruba Nation agitators have said that they embarked on a rally in Lagos State despite threats by police to show that they are not cowards.

Maxwell Adeleye, the spokesperson for the umbrella body of Yoruba Self-Determination Groups, Ilana Omo Oodua, made this known.

He also said that the agitators went ahead with the rally to show policemen, Nigerians, and the global community that they are peaceful demonstrators.

Adeleye, however, regretted the death of drink seller during the rally, noting that police officials should be held accountable.

The spokesman for the agitators, however, hailed thousands of the Yoruba people who defied the Police intimidation and harassment to show solidarity with the agitation for Self-Determination, saying “the struggle continues.”

“That the rally took place despite police intimidation symbolises that Yoruba people are not cowards,” he said.

He wondered why the agitators were dispersed by armed-to-teeth officers of the Nigerian Police, Army, DSS, and Civil Defense Corps with teargas and live bullets despite being “peaceful and orderly”.

“We want to inform the whole world that a stray bullet fired by Officers of the Nigerian Police killed a yet-to-be-identified Soft Drinks Seller at Ojota, the venue of the Yoruba Nation Rally held on Saturday, July 3rd, 2021.

“We have held our rally, notwithstanding, the heavy attempts to ensure we do not come to Lagos. That the people came out in their thousands is an indication that the Yoruba People are not cowards.
“We thank our women who led the rally from the front. May history be kind to them. We thank the gentlemen of the press for their support and solidarity.

“This is the beginning. It is no retreat, no surrender. The struggle continues. We are marching forward in the struggle to liberate our land from the shackles of oppression and intimidation”, Adeleye added in a statement.

Despite the heavy presence of armed policemen and soldiers around Gani Fawehinmi Park, Ojota, Lagos, agitators of Yoruba nation held their rally.

They chanted different kinds of freedom songs, including, “No going back,” “We want Oodua Nation,” among others.

The agitators surfaced around 11.20 am when the Commissioner of Police, Hakeem Odumosu, was addressing journalists.