How I Lost My Cousin, Uncle While Fleeing Boko Haram Attack In Adamawa Community — Survivor


The young man from the area, who spoke with SaharaReporters, said residents of the village and those of neighbouring communities have started fleeing the area to the local government headquarters. 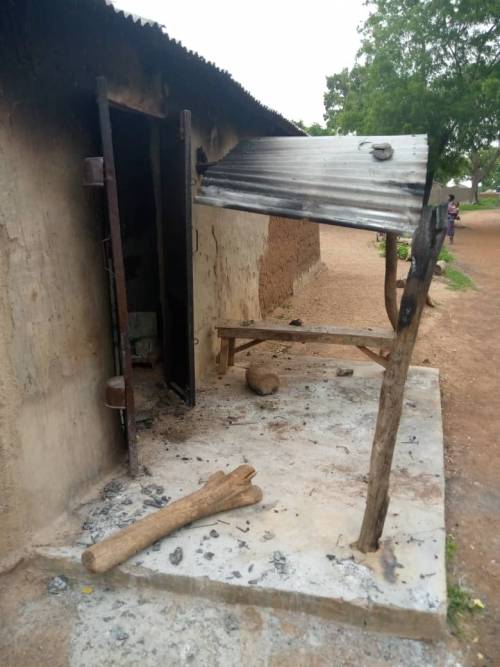 According to a report by SaharaReporters, a resident of Dabna Village in Hong Local Government Area of Adamawa State has narrated how he lost his 15-year-old cousin and uncle to the Boko Haram attack on the community on Wednesday.

The young man from the area, who spoke with SaharaReporters, said residents of the village and those of neighbouring communities have started fleeing the area to the local government headquarters.

He said the people are leaving their farms — their only means of survival — for fear of having a repeat of a 2014 attack in which the insurgents burnt villages.

According to him, the people have moved to Hong, the local government headquarters with no accommodation and food.

He noted that Dabna village and neighbouring villages have no security apparatus whatsoever, stating that about 52 people were kidnapped and 11 killed in a recent similar attack on a neighbouring community.

The young man said the invaders arrived at the village's Central Square on motorcycles, shooting their victims in the head.

He said: "The community has no security. A neighbouring community was attacked in April and about 52 people were kidnapped and 11 killed.

”All the villages around the district are prone to attacks. There is no security presence here at all, the only military point is within the local government headquarters. After yesterday's attack, the security personnel only came here after the incident to make some reviews.

”And this is the political ward of the SGF Boss Mustapha. It is under Garaha Ward, and just 5 kilometres from Garaha which is the hometown of Boss Mustapha.

“My major concern now is that the majority of the people are moving out of the community and even neighbouring communities, abandoning their farms. Only God knows how they are going to survive because everyone depends on this peasant farming for survival.

"Most of the people are stranded in the local government headquarters, no accommodation, no food. Only God knows what will become of us.

“People are fleeing because this seems like a replay of what happened before. All the villages were raised down by Boko Haram in 2014, now they are repeating the same episode. No security here at all.

”I personally barely escaped the attack. I left Dabna yesterday after the burial, but I'm in Hong right now, the local government headquarters. It was a narrow escape.

”I lost my cousin and his dad [my uncle]. They were at the village central square when the militants came in, chased people with motorcycles, and shot them in their head.

“I was at home when I heard people shouting and running, so I peeped and jumped over the fence and into the bushes. The insurgents were chasing people and shooting sporadically. They burnt down some buildings when they noticed that people fled."