Alleged Kidnapping: I Fainted Because Of Hunger, Says Man After Two-Month Detention


He explained that he was detained and chained in the legs for one month and 19 days without food, adding that he was accused of conniving with a relative to abduct the traditional ruler. 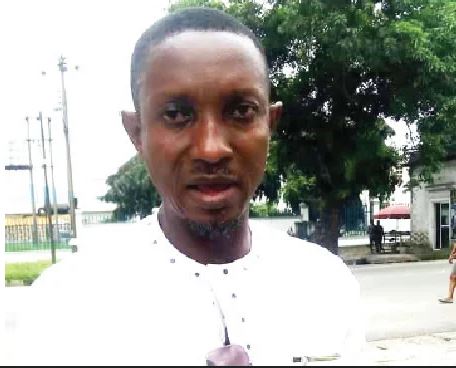 Basoene Wariboko, a middle-aged man, who spent about two months in a cell after being arrested by operatives of the anti-kidnapping unit of the police in Port Harcourt, Rivers State, on trumped-up charges, has narrated his ordeal.

Wariboko spoke to journalists shortly after a visit to the state Commissioner of Police, Friday Eboka, at his office in Port Harcourt, accompanied by the leadership of the Rivers State Civil Society Organisation

Wariboko, who is from the Akuku-Toru Local Government Area of Rivers State, said he was arrested on alleged charges of conspiracy and kidnapping of a monarch from the Andoni LGA, also in Rivers.

He explained that he was detained and chained in the legs for one month and 19 days without food, adding that he was accused of conniving with a relative to abduct the traditional ruler.

The victim added that despite the visit of his family to the unit, the police refused them access to him, until the involvement of the Rivers State Civil Society Organisation, which took the matter to the state police commissioner.

He said, “It was very hectic; no food for me to eat and I did not even see my family to bring food; only God. I was leg-chained for one month and 19-days when I was in the cell. Even people who committed murder, they didn’t leg-chain them. Anytime I called my IPO to give me food, he would say no.

“You may see him today, then another two weeks before you see him again. At a point, I fainted because there was no food for me. I just thank God that today, I am alive.”

He commended the police boss for his intervention.

Earlier, the Chairman of the Rivers State Civil Society Organisation, Enefaa Georgewill, thanked the CP for freeing Wariboko after establishing his innocence.

Responding, Eboka vowed to deal with any officer who oppressed citizens or disband any unit with such records of dehumanising residents.

He recalled that on assumption of office he disbanded the Eagle Crack Unit because of complaints of molestation and rights abuse.