It was gathered that the soldiers were on their way to rescue travellers attacked by Boko Haram terrorists along Maiduguri-Damaturu Road. 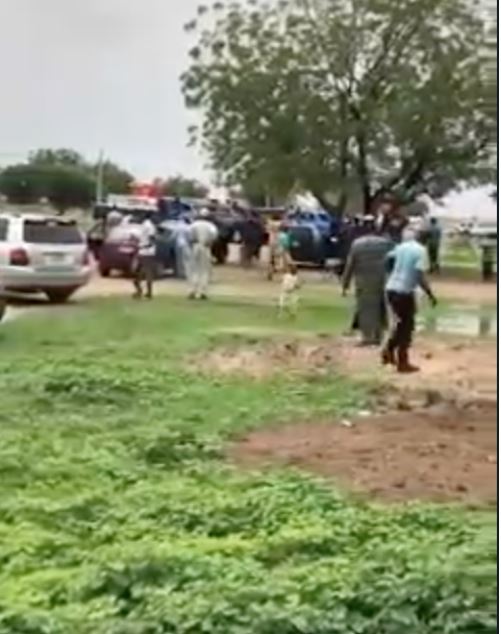 As many as four Nigerian soldiers died on Thursday while many were critically injured after the convoy of military personnel fighting Boko Haram had an accident in Jakana town, Borno state, according to SaharaReporters.

It was gathered that the soldiers were on their way to rescue travellers attacked by Boko Haram terrorists along Maiduguri-Damaturu Road.

A video of the incident shows trucks moving in a convoy and then there was a loud bang after one of them crashed.

Confirming the incident to SaharaReporters, a military source said the soldiers were responding to a distress call by the police.

“Some travellers along the Jakana-Auno Road alerted the police stationed in the area of a Boko Haram attack and the policemen promptly called the military.

“Unfortunately, while waiting for the military to clear the road, a detachment of the soldiers heading to the location where the attack was ongoing was involved in a ghastly motor accident. Two Toyota vehicles were seriously damaged.

“We lost at least four of our men, many others including those along the road were also injured,” the source said.