Agboola who was suspended indefinitely for alleged contempt and abuse of privilege had accused the APC-led government of sidelining his constituency from developmental projects. 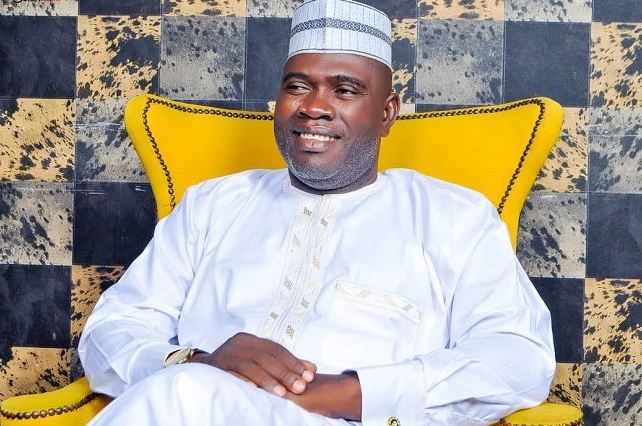 The only Peoples Democratic Party lawmaker in Kwara state house of assembly, Hon Jimoh Agboola, has been suspended after he accused Governor AbdulRahman AbdulRazaq of excluding him from the Grassroots Development Initiative.

Agboola who was suspended indefinitely for alleged contempt and abuse of privilege, had during an interview on a local radio station in the early hours of Tuesday July 13, accused the APC-led government of sidelining his constituency from developmental projects.

According to him, lawmakers in the assembly have been mobilised to execute some projects in their various constituencies through the Grassroots Development Initiative (a state prototype of the federal constituency projects) except him.

Alleging that he has been victimized by his colleagues in the state assembly through exclusion from benefits, he also announced his constituents’ resolve to stage a protest walk on Saturday July 17.

However on Tuesday July 13, House Leader, Abubakar Olawoyin moved a motion for his suspension while drawing the assembly’s attention to the radio interview.

Insisting that “the Assembly is an institution and not an individual and as such must be respected", he accused Mr Agboola of making a despicable comment about the House and a move to stage a protest against the government and the House of Assembly.

He added that a call for a protest amid insecurity is unsafe and could lead to chaos. Olawoyin was backed on the motion by another lawmaker representing Iwo/Isin constituency, Olumide Ayokunle.

Ayokunle stated that derogatory language against the House should not be condoned and must be investigated.

Following the motion, Speaker of the Hous, Yakubu Danladi directed the House Committee on Ethics, Privileges and Judiciary to conduct an investigation on the matter and report its findings as soon as possible.

Mr Agboola was also asked to stop attending plenary pending the conclusion of the investigation.

However the lawmaker who spoke to Premium Times, stressed that the house does not have the power to deny him representation of his people. Agboola also insisted that the Saturday protest will hold.

“I was saying the facts about what is happening in the state. I have not in any way incited anybody against anybody.

“I’ve decided to handle the matter in a mature way."